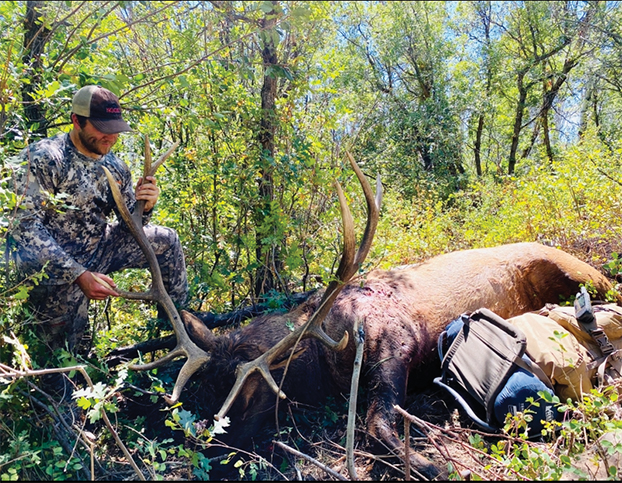 SALISBURY — As Garrett White pulled into the parking lot of the smoking duplex, flashing blue and red lights came racing in behind him.

“I show up and I have seven or eight cops pull in behind me,” White said. “I’m like ‘Oh my Gosh, what have in the have I gotten myself into?’ ”

At 23, White was the owner of the duplex in Landis. He’d been called there by the fire department, who told him that his first property purchase was going up in flames.

What was going on was that the tenants of his property were attempting to take the lithium out of a battery to jumpstart a drug-making process.

The moment was a learning experience for White, an early incident in his real estate career that would make him more savvy in the future.

“It was one of those things that gave me a little bit of street smarts and also made me a little scrappier,” White said.

Since that incident, White has continued to acquire property, assembling an impressive portfolio that he manages through White Real Estate Investment Firm. No more of his buildings have gone up in smoke, but he has accumulated over $2 million in commercial assets. He’s also started White Oak Property Group, a national hunting land dealing company. Along with his burgeoning real estate ventures, White works as a nuclear instrumentation and electrical specialist for Duke Energy.

Burning both ends of the candle has always been White’s plan.

“A lot of it has come down to essentially sacrificing a lot of social time, play time and bar time in my 20s so hopefully I can design a life where I have more family time in my 30s,” White said.

That strategy has paid off so far for the Rowan County native, who was recently announced as a member of Elevate Lifestyle’s 10th annual Top 30 Under 30 “Future Leader of Charlotte” class of 2020. 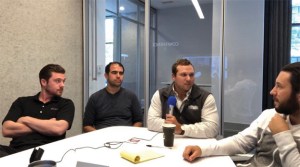 Garrett White has only been growing his real estate investment firm for half a decade, but he’s already acquired more than $2 million in commercial assets. Submitted photo

Mark Stout said he knew White was destined for success when White was only a teenager. When White visited Stout, a longtime family friend, he began to ask him detailed questions about Stout Heating and Air, his HVAC business.

“Garrett, even at a younger age, he would talk to me when he’d be at the house or he’d call to come by,” said Stout, who has known White since he was born. “He asked a lot of questions about being in business for yourself and what things I had done.”

White wasn’t thinking about Friday nights or sports like most of his peers. He was already looking toward his future. Stout said he believes White’s concentration was developed through hunting.

“Garrett is the type of person that always, whatever he sets his mind to and focuses on, he accomplishes it,” Stout said. “He grew up as a hunter and he was focused on setting goals to what he wanted to go out and hunt. You don’t see that in a whole lot of younger individuals anymore.”

White grew up on a tract of farmland in Mount Ulla and spent many childhood days hunting for deer or fishing in a nearby stream. When he was a senior in high school, he started turkey hunting. He loved it so much that he thought it was “a little bit more important than baseball” and quit the team at West Rowan High School. He later became a state and Southeast Regional turkey calling champion.

After two years at North Carolina State where he studied engineering, White landed an internship at Duke Energy and moved back home to pursue that position. At the age of 20 he became a full-time employee at Duke and dropped out of college completely.

“If a small-town kid from Mount Ulla who dropped out of college and just relied on some hard work and discipline can do it, it’s out there and available for anyone,” White said. “There’s nothing beyond good blue collar work ethic that’s required.”

While working for Duke, White started going to Endless Fitness in Mooresville, where he met several men that became his mentors. It was from them that he learned about passive income.

“I learned at an early age that If I could eventually make enough passive income to replace my job, that meant that I could spend more days in the woods than in my office,” White said. “For a 20-year-old kid who had a crazy obsession for hunting, that’s all it took to flip the switch for me.”

White’s real estate venture started with the duplex in Landis and grew as family and friends began to invest in his firm. Although real estate started as a means to an end for White, just a way to make money now so he could hunt more later, it quickly became a passion.

“I see hunting for deals and dollars the same way I do hunting for deer and turkey,” White said. “It’s an adventure everyday and it’s that chase and hunt that excites me.” 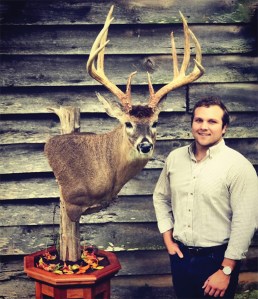 Over time, White grew his portfolio of property. His firm now specializes in multifamily units and commercial property and is also invested in several local businesses. As he’s developed his real estate firm, White has continued to work for Duke Energy. Juggling the two positions results in plenty of 60-80 hour work weeks.

Mike Smyre, one of White’s closest friends and a real estate investor, said that White’s inner drive is something “only found in 1% of people.”

“It’s like everything that he touches is gold there,” Smyre said. “When he sets his mind to it, it’s like ok, it’s done. It’s a done thing and it’s going to happen. That’s his determination to pursue what he wants to do.”

Even with a busy work schedule, White has carved out time to hunt every now and then. Several months ago, he traveled to Colorado to bowhunt for an elk. Not many hunters are able to bag an elk on their first trip, Smyre said, but that didn’t stop White from taking one down.

“The odds are like one in 100,” Smyre said. “But it’s not surprising if you know Garrett.”

“We’ve grown the business by prioritizing biblical principle over profit and the people over the product,” White said. “Our main thing like that is just having a kingdom impact and just continuing to use the platform that we’ve been given to basically to make our work our ministry.”