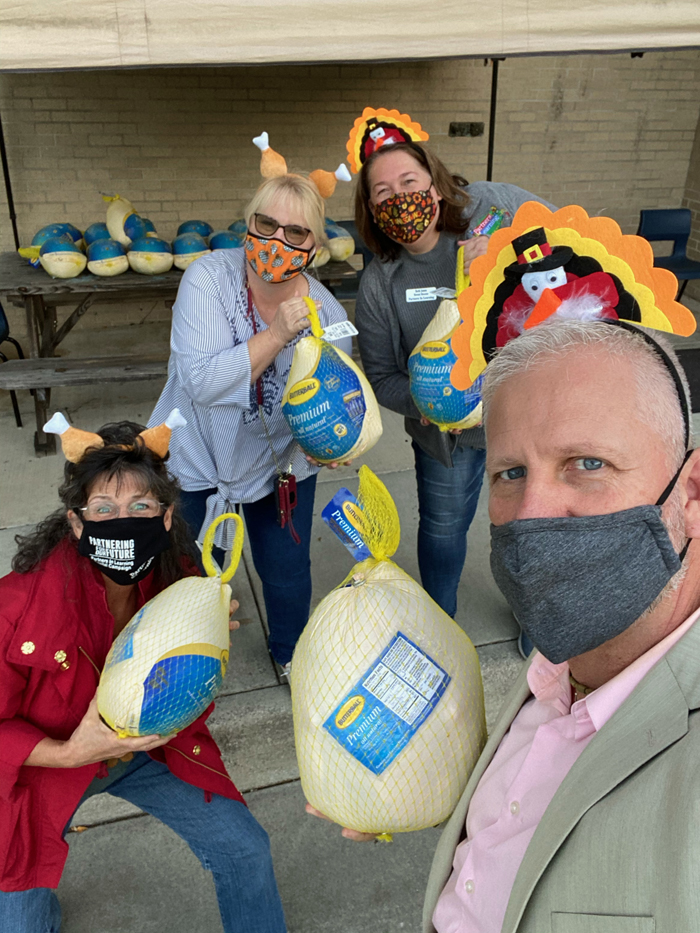 SALISBURY — Local early education agency Partners in Learning surprised all of its employees with a bonus and a turkey delivered last week.

Executive Director Norma Honeycutt said the nonprofit has never done this before and dubbed the bonuses given to the nonprofit’s more than 70 employees “just because.”

Despite the lackadaisical title for the bonuses, the “because” is COVID-19. Honeycutt said 2020 has been  difficult for staff dealing with sickness and financial burdens associated with the pandemic, such as spouses who are unable to find work.

The agency itself has been hard hit. If not for grants from the state, Honeycutt said it would also be facing financial difficulty. So, the nonprofit decided this would be a worthy investment to give its employees some relief. Most employees received a $250 check, though recent hires received a bit less. Honeycutt said the turkeys will hopefully boost spirits, and some employees have never had an entire turkey for Thanksgiving.

“Many here haven’t even cooked a turkey before,” said Catawba PIL Director Heather Fidler, adding buying one can be a significant expense with the state of the economy.

All told, this was a $15,000 investment for the organization. Honeycutt said it was worth it

Teacher Misty Bowers-Eagle said the organization feels like a place of healing for staff and families, and the leadership team is always trying to keep spirits up in a field that suffers high burnout.

Bowers-Eagle said the bonuses were a surprise. At the end of the day on Friday there was a Thanksgiving luncheon waiting for staff outside along with the checks, turkeys and thank you notes.

“They were thrilled,” Honeycutt said.

Lead teacher Millisa Sierawski said Partners in Learning is a family. She said she recently spent time in the hospital and is still taking intravenous antibiotics, but the agency has worked with her as much as she needs and other employees even donated their sick time to her.

“It’s more than a blessing to be there” she said.

Sierawski said she sees the care all employees have for the families they serve as well.

“For us, the best way to spend that money was to give it to our staff, because our human resources are most important,” Honeycutt said.

The staff will still get a Christmas bonus as well.

Honeycutt said the leadership team each took on six staff members to check in on this year and she has seen their struggles this year with illness and family problems. The organization began focusing on helping staff make it through the pandemic.

Fidler added that the administration has been doing other things as well to lift spirits, ranging from the cash injection of the bonus to going to classrooms to do silly turkey dances. She said rapport with staff has been great and morale has been high. A parent messaged her this weekend to tell her it seems the staff are at a high point right now as well.