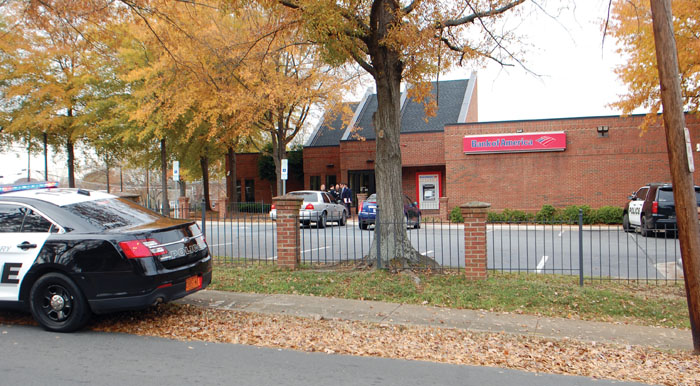 Salisbury Post file photo - Police surrounded the Bank of America off of Innes Street in November 2019 after an attempted robbery.

SALISBURY — A Salisbury man previously charged in a fish arcade robbery has been tied to an attempted robbery of Bank of America after witnesses and DNA connected him to the crime.

Sometime after the January fish arcade robbery, witnesses told police detectives that Curry was responsible for the Nov. 26 robbery of Bank of America. During that incident, police said a man walked into the bank, located at 500 W. Innes St., inquiring about opening an account. He had on a hat, sunglasses, white gloves, a plaid shirt and a “fake beard,” said police spokesman Lt. Lee Walker.

After the teller explained how to open an account, Curry handed her a note and said, “before I leave I need to do this.” 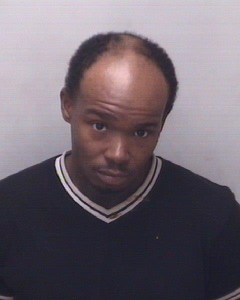 Detective Meredith Walker said police recovered evidence from the scene of the attempted robbery that contained DNA evidence, which was later tied to Curry.

Curry remains in the Rowan County jail under a $100,000 secured bond.

He previously was arrested in January for a fish arcade robbery when a police K-9 tracked him from the Long Street business to his North Ellis Street home. In addition, someone inside the business said they believed they knew who the suspect was and gave the police Curry’s home address. The dog followed a trail along the railroad tracks behind the business.

Police detectives collected a pair of latex gloves along the railroad tracks. Police knocked, and Curry opened the door. He gave consent for police officers to search his home. Officers found a pair of pants that matched the description of the robbery suspect, a pile of money in the room and other clothes at the home that matched the description given to police. In that incident, Curry also wore a fake beard.

These two incidents are not the first time Curry has been linked to an armed robbery. He was convicted in 2011 and spent six years in prison for the 2009 robbery of First Legacy Credit Union. In that incident, a dog tracked Curry to a home where he still had the credit union money in his possession.