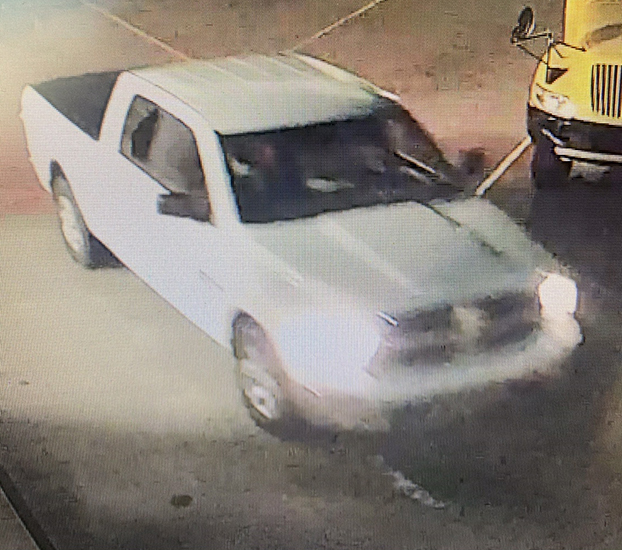 This image, provided by the Rowan County Sheriff's Office shows a pickup that authorities are looking for.

The driver can be seen in surveillance videos doing burnouts in the parking lots of the schools between Saturday and Sunday as well as Woodleaf Baptist Church, 7790 Woodleaf Road.

On Saturday, Rowan deputies responded to West Rowan Middle, 5925 Statesville Blvd., where a large grassy area had been damaged and skid marks were seen in the parking lot. The school resource officer obtained a video that showed a white truck, said Maj. John Sifford.

On Sunday, deputies responded to West Rowan High, 8050 N.C. 801, where they said the same vandalism occurred including damage to a grassy area in front of the school at the overflow parking lot.

There were skid marks on the pavement and gravel at the church and a broken window that deputies said was the result of rocks thrown from the pickup as its tires spun out.

It’s believed the same vehicle is involved in all three incidents, Sifford said.