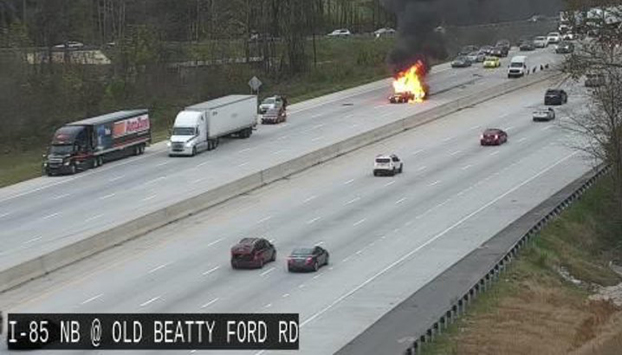 Flames and smoke rise from the scene of a crash Monday on Interstate 85 near Old Beatty Ford Road.

CHINA GROVE — One person was reported dead and a portion of the interstate was closed for hours Sunday after a fiery crash in southern Rowan County.

Much about the crash was unclear Sunday, including how it occurred. Emergency scanner traffic indicated one person died and a car was on fire after a crash near Old Beatty Ford Road. A North Carolina Department of Transportation camera at Old Beatty Ford Road’s interchange with I-85 showed flames and black smoke rising from the scene of the crash. 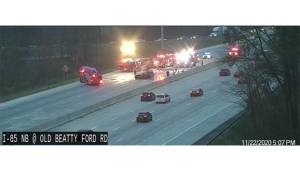 This screenshot from an NCDOT traffic camera at Old Beatty Ford Road shows firefighters responding to a crash that shut down I-85 on Sunday evening. Click on the image for a larger view.

A request for more information was not returned by the Highway Patrol by midnight.