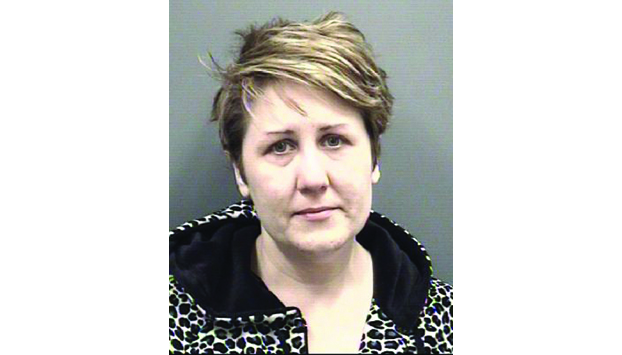 CHINA GROVE — A Davie County Social Services employee was charged this weekend with assault following a disturbance call at her China Grove home.

The Rowan County Sheriff’s Office charged Annette Nicolle Lambert, 46, of the 700 block of Lake Wright Road, with misdemeanor simple assault, misdemeanor assault on a child under 12, misdemeanor child abuse and misdemeanor communicating threats. Deputies responded Saturday night to the home after a call regarding a disturbance and violence at the home.

Deputies went inside the home and Lambert was sitting in a living room chair. Officers listened to a recording made at some point during the ordeal and were told the woman pushed her daughter into a wall, Sifford said. The daughter had a red mark on her ankle and a small wound on her wrist that was covered with a bandage, Sifford said. Officers were told Lambert grabbed a lighter and tried to light her daughter’s hair on fire.

Sifford said the incident started when Lambert became upset after she believed her daughter unfastened a decoration on the banister and grew more angry when finding clothes on the floor of the daughter’s room.

The mother at some point grabbed the 11-year-old daughter’s hair. The husband told officers he had to physically restrain his wife.

Lambert has been placed on a 48-hour hold at the Rowan County jail without a bond because of the family domestic nature of the incident, Sifford said.