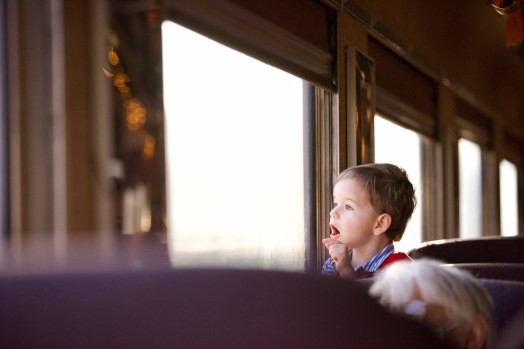 Carl Blankenship/Salisbury Post - Jack Gentry enjoying the Candy Cane Trane on Saturday. The trains were decked out in holiday decor and were a big hit with the kids. 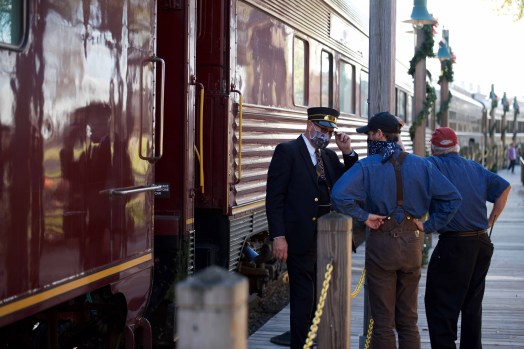 Carl Blankenship/Salisbury Post - Conductor Lane Baker speaking to the crew before the last trip of the day. 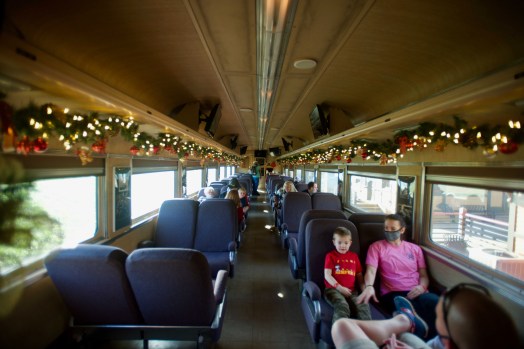 Carl Blankenship/Salisbury Post - The trains were decorated played holiday music during the rides. There were cookies and hot chocolate for riders at the museum afterward. 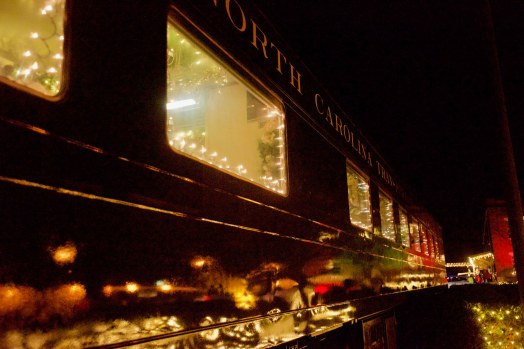 Carl Blankenship/Salisbury Post - The train cars were all strung with lights as part of the show. 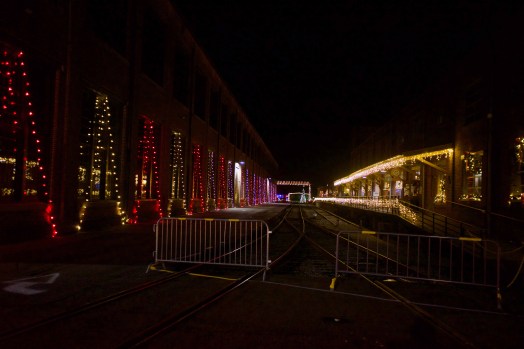 Carl Blankenship/Salisbury Post - The main drag at the museum by the back shop. Attendees had the option to stop to see Santa and visit the gift shop halfway through the drive or keep going.

SPENCER — The N.C. Transportation Museum’s popular holiday event, the Polar Express, was cancelled this year because of COVID-19, but the museum stepped in with some new offerings to get people in the holiday spirit.

During the day on Saturday the museum hosted Candy Cane Train rides on vintage train cars. The trains were decorated for the holidays with lights and holiday music. Riders could have a cookie and hot chocolate from the museum afterward as well as enjoy its exhibits. This is the opening weekend. There will also be train rides Nov. 27-29 as well as Dec. 5-6, 12-13 and 19-20.

“This is kind of what we decided to do since we weren’t able to do Polar Express,” said Director of Special Events Danielle Hough. “We wanted to do a holiday-themed event.”

Attendees were asked to stay in their vehicles for the drive-thru and were socially distanced on the trains with a mask requirement. The train cars were sanitized between rides as well. Train cars would normally be able to take about 300 people on a ride around the facility, but social distancing cut them the passenger limit to about 100.

Kelly Gentry came to the museum on Saturday afternoon with her sons, Jack and Tucker, and some of her extended family.

Gentry’s family lives in Lexington. She said they decided to come to the museum Saturday afternoon because the family is looking for new holiday traditions to start while the kids are young. The boys were enjoying themselves on the train.

“My sister-in-law saw it on Facebook. So we decided to come meet up with them,” Gentry said.

The train ride was the first stop of the day. The family made their way through the museum after.

Candy Cane Train conductor Lane Baker said, contrary to what some people think, the conductor’s job is just to oversee the train. The engineer drives it. He was checking tickets, making sure everyone got on board and that people was in compliance with social distancing and mask requirements.

Baker said the first five cars on the train are less-vintage 1940s passenger models, but the other two are 1934 and 1927 models, which have an even more vintage feel that takes passengers back to the golden age of train travel.

Baker said his favorite part about the job is being with people.

“Having them on the train, talking about the museum, all the stuff we have to offer here as far the history,” Baker said. “I like spending time with people.”

Baker said a lot of people are looking to get out and enjoy things, but the museum tries to cater to people who want to maintain as much distance as possible on the train.

It is all hands on deck for these events. Museum Executive Director Kelly Alexander was showing people where to go for the train ride on Saturday afternoon, Hough was helping out at the hot chocolate stand and Director of Administration Marcus Neubacher was directing traffic during the light show.

“We all do a lot of everything,” Neubacher said.

Maryland Salamanca said she came to the light show with her family to share some time with them and the show was also a way to get out of the house.

Salamanca said they have visited the museum before and her son enjoys the large number of vintage vehicles housed there.

Candy Cane Train rides and admission to the museum are $14 for adults, $12 for seniors and the military and $10 for children 3 through 12. The Christmas lights show is $8 per car and $15 for 12-15 passenger vans, mini-buses and shuttle buses. For more information, visit nctrans.org or call the museum at 704-636-2889