SALISBURY — A Salisbury man became the second person charged this week with vehicle break-ins following a chase that began in Rockwell.

Both men face charges in an incident at Danny’s Place restaurant in Rockwell. 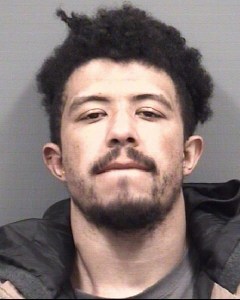 A deputy spoke with Price behind the store and inquired what he was doing there. He told the deputy he was cleaning out his car. He’d thrown items from a Toyota Venza onto the ground, said Maj. John Sifford.

The deputy asked if Price had a license and about the passenger, later identified as Redding, who was asleep.

When an officer went around to speak with Redding, Price put the car in gear and drove off, Sifford said. A pursuit ensued and ended in the 100 block of Anthony and Sides streets.

Price is accused of running from the vehicle. A deputy removed his Taser and ordered Price to get on the ground. Price and Redding were both arrested.

Redding also faces charges in a Tuesday incident where a Gold Hill man was beaten and robbed of $60, his cell phone, a camouflage jacket and debit card.