ACC could benefit from show of force behind 3 ranked teams 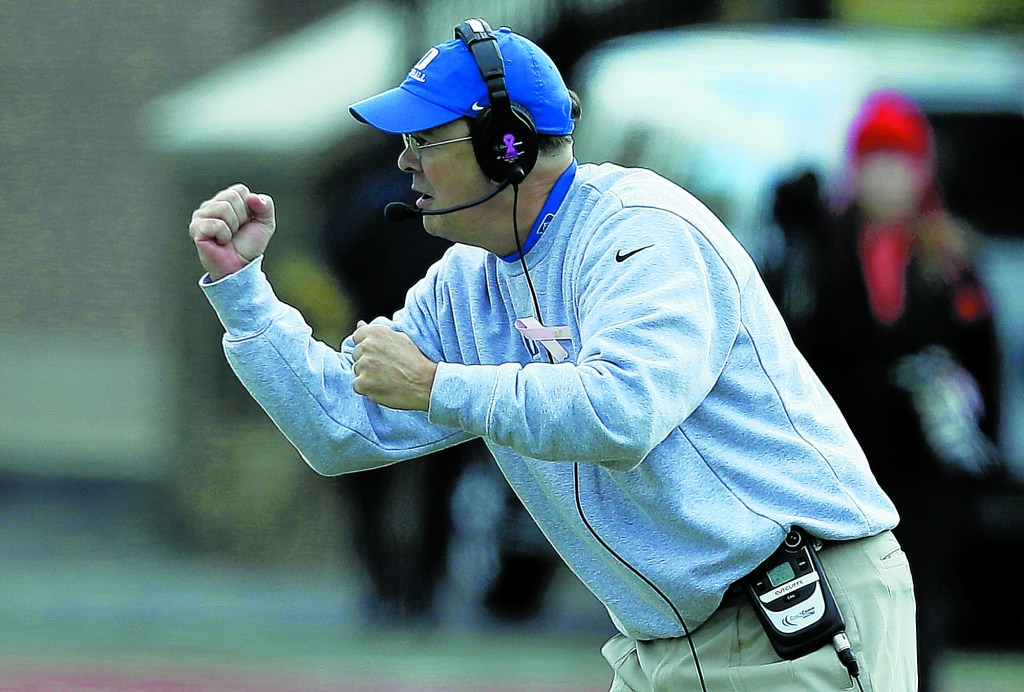 There is a growing look of mediocrity in the middle of the Atlantic Coast Conference’s standings.

The league appears to have sagged in the middle even as the ACC’s headliners have been quite impressive. There are three Top 25 teams — No. 2 Notre Dame, No. 4 Clemson and No. 12 Miami — sitting atop the league.

No other ACC team is ranked, creating a top-heavy appearance in the league which this week has been dealt two postponements due to COVID-19 positive tests.

Duke coach David Cutcliffe doesn’t believe the league is top heavy, saying there’s plenty of talented teams battling for position in the middle of the ACC, despite the .500 records.

If he’s correct, those teams will need strong finishes in the final weeks of the season.
That starts with Saturday’s game between Virginia Tech, which has lost two straight, and Pittsburgh, which had its scheduled game at Georgia Tech postponed last week.

The ACC also could be boosted if North Carolina State, which had lost two straight before beating Florida State, finishes the season on an upswing.

N.C. State (5-3, 5-3) has an opportunity to build momentum from its 38-22 win over Florida State when it faces undefeated No. 21 Liberty, which already has wins over Syracuse and Virginia Tech, on Saturday night.

Winning records are not necessary for bowl bids this season, thanks to damage done to schedules by the coronavirus pandemic. Even so, pride is on the line.

“I want to be separated from the group, but each game is a one-game season,” said Pitt coach Pat Narduzzi. “We want to win each one of them. Again, it’s called pride. I’ve got pride in our work and who our kids are and what this program represents. So to me it comes down to pride. And I just want to keep going where we are.”

Cutcliffe said the cluster of five teams hovering within a game of .500 is proof the league is deep. The group includes Virginia Tech, Boston College, Wake Forest, Pitt and Virginia.

Cutcliffe said Boston College “has had a very good year.”

Every team has been challenged by the pandemic, including Cutcliffe’s Blue Devils.

The ACC announced Tuesday night that Wake Forest’s game at Duke on Saturday won’t be played due to coronavirus issues and injuries within the Demon Deacons’ program.

Wake Forest officials say they will work with Duke and the ACC on the possibility of rescheduling the game. Demon Deacons coach Dave Clawson said COVID-19 testing has been “a weekly battle.”

“And when I tell you guys that every time we test, I lose sleep and I hold my breath until we get the test results back,” Clawson said. “I mean, that is an every-other-day-event. There’s been a lot of rewards this season. I’m glad we’re playing. I think the players would tell you that they’re glad we’re playing. But there’s certainly been many unique challenges.”

Georgia Tech’s efforts to end a three-game losing streak have been derailed by having consecutive games against Pitt and Miami postponed. The home game against Pitt was rescheduled for Dec. 12, while the Miami game is tentatively set for Dec. 19 but may not be played.

Georgia Tech has not played since a loss to Notre Dame on Oct. 31, leaving coach Geoff Collins feeling he must find new ways to keep his players’ attention.

On Tuesday, Collins said he might introduce kickball, dodgeball or a home run derby to the practices “just to get the competitive juice into play and let the guys have a little fun along with playing football and getting ready. … These are unprecedented times.”

Syracuse (1-7, 1-6) was devastated by the pandemic even before the season and sits at the bottom of the standings. Top running backs Abdul Adams and Jarveon Howard opted out before the opener, and safety Andre Cisco and defensive back Trill Williams opted out after injuries during the season and both will enter the NFL draft. Starting quarterback Tommy DeVito also is out with a leg injury and unlikely to return.

Syracuse coach Dino Babers said this can’t be judged like other seasons.

“The lineups are being juggled in and out,” Babers said. “It’s not a normal year. People are having to make adjustments and improvise on the run. I just think it’s going to be a very unique situation. Put an asterisk by it. Somebody’s going to get a national championship, but after this season’s over hopefully things will get back to what they used to be, some type of normalcy.”

That national champion could come from the ACC. Even so, Cutcliffe insists challenges await the league’s top teams — from within the ACC.

“They’re both great football teams, no question. But those teams can be challenged by a multitude of teams in this league.”