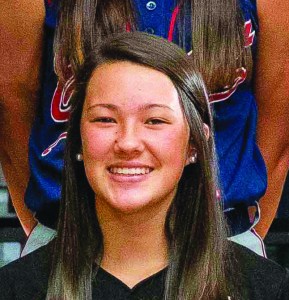 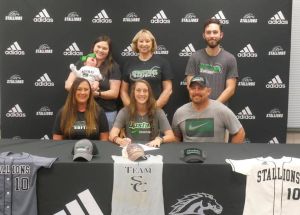 THOMASVILLE — Thomasville won 3-1 against North Rowan in a non-conference season opener on Monday.

Alanna Deal, a senior shortstop at South Columbus High, near Whiteville, has signed with USC Upstate.

Deal is the daughter of Kevin Deal, who was an all-county third baseman for South Rowan in the mid-1990s. He led Rowan County in RBIs in 1996.

She lost her junior season to COVID-19.

She played travel ball for Team Sout Carolina for three seasons and batted .481 with 26 homers and 125 RBIs.

Deal is an all-round athlete and has also been all-conference in volleyball, basketball and cheerleading.

Her teammates at USC-Upstate will include Carson senior Liza Simmerson.

East Rowan graduate Allen Terrell, director of coaching at the Dustin Johnson Golf School in Murrells Inlet, S.C., has a lot to be excited about.

The schools is rated as the top golf academy in the Southeast, and Masters champ Johnson is ranked as the No. 1 player in the world.

Terrell was Johnson’s coach at Coastal Carolina and has worked with him for years.

App State linebacker D’Marco Jackson was named National Defensive MVP of the Week by PFF College and Sun Belt Conference Defensive Player of the Week. In a 17-13 win against Georgia State. jackson  had nine tackles, a sack, two pass breakups. one fumble recovery, two tackles for loss and a QB hurry.

David Tripp (A.L. Brown) scored 27 points for Milligan in an 85-68 loss to Tennessee Wesleyan on Saturday.

The Sun Belt Conference has announced the bracket for the Sun Belt Volleyball Tournament.

Play starts on Wednesday in Foley, Ala.

The tournament format this year features all 12 teams from the conference. The teams are broken down into four pods of three, based off of regular season records. Each team will play the other two teams in their respective pods, with the winner of each group of three advancing to a single elimination four-team bracket on Saturday and Sunday.

Tori Hester (West Rowan) will be playing for Troy. Troy is in a pool with UT Arlington and Georgia Southern.