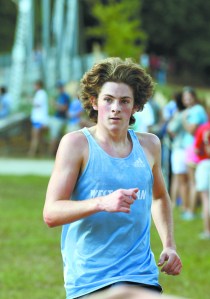 On Tuesday, the NCHSAA unveiled  its game plan as far as realignment.

With COVID complications this year, the NCHSAA will use average daily membership numbers from the 2019-2020 school year to form the new realignment plan, which will split schools into four evenly split classifications.

Normally, average daily membership numbers (school size) are the only determining factor in classifying schools. But this time ADM figures will account for only half of the equation.

An average of the previous three years of the Identified Student Percentage numbers, that’s the number of students who receive government assistance, will account for 25 percent of the realignment score.

The average of the previous three years of NCHSAA Wachovia Cup state points will account for the other 25 percent.

Once scores are set, each school will be placed in either the east or west region, based on its county.

The NCHSAA will release a draft proposal for new conferences on Dec. 10.

Schools will have until Jan. 8 to submit any concerns or requests for changes to the draft.

Javon Hargrave (North Rowan( made three tackles for the Philadelphia  Eagles  and was credited with half of a sack in Sunday’s 27-17 loss to the New York Giants.

The South Atlantic Conference Presidents Council announced Tuesday that Emory & Henry College has been invited to join the SAC, pending acceptance into the NCAA Division II process.Emory & Henry will begin competition in all conference sports in the 2022-23 academic year.

SALISBURY — Salisbury opened the volleyball season on Monday with a 3-1 loss to West Davidson that won’t count in the Central Carolina Conference standings.

THOMASVILLE — Thomasville won 3-1 against North Rowan in a non-conference season opener on Monday.

Carson lost 3-0 at home to North Iredell on Tuesday.

East Rowan graduate Allen Terrell, director of coaching at the Dustin Johnson Golf School in Murrells Inlet, S.C., has a lot to be excited about.

The schools is rated as the top golf academy in the Southeast, and Masters champ Johnson is ranked as the No. 1 player in the world.

Terrell was Johnson’s coach at Coastal Carolina and has worked with him for years.

Larry Petrea shot a 74 for low net, while Seamon had low gross score.

The Charlotte 49ers have made the difficult decision to postpone Saturday’s Conference USA East Division matchup at nationally ranked Marshall as a result of Covid-19 testing within the 49ers’ program.

App State linebacker D’Marco Jackson was named National Defensive MVP of the Week by PFF College and Sun Belt Conference Defensive Player of the Week. In a 17-13 win against Georgia State, Jackson had nine tackles, a sack, two pass breakups. one fumble recovery, two tackles for loss and a QB hurry.

David Tripp (A.L. Brown) scored 27 points for Milligan in an 85-68 loss to Tennessee Wesleyan on Saturday.