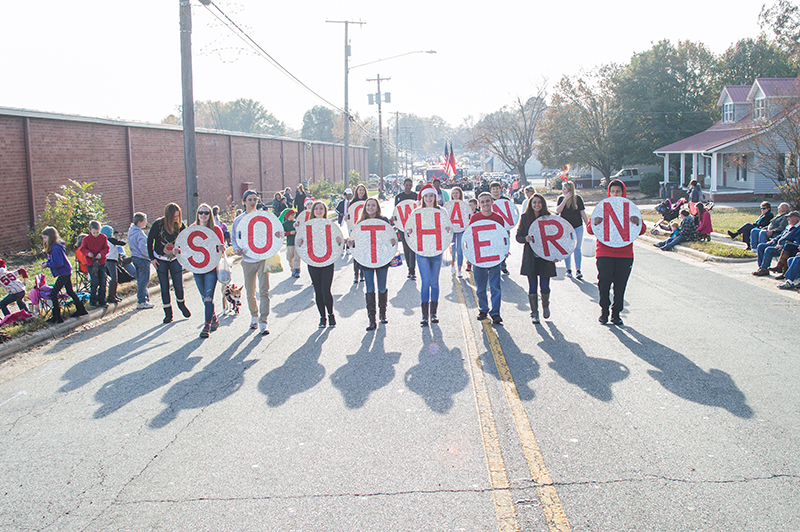 Salisbury Post file photo - Parade participants in 2016 hold up signs as they march down Main Street in Landis during the Southern Rowan Christmas Parade.

CHINA GROVE — The Southern Rowan Christmas Parade will not go on as scheduled, the towns of China Grove and Landis said Monday in a joint news release.

A news release signed by China Grove Mayor Charles Seaford and Landis Mayor Meredith Smith said restrictions that went into effect Friday and last until Dec. 4 are the reason for the cancellation. The governor’s order specifically prohibits gatherings of more than 10 people indoors or 50 people outdoors, to include parades, fairs or festivals.

“In consideration of the governor’s action, coupled with the continual increase in the number of confirmed cases of COVID-19 occurring throughout North Carolina, it is with immense regret that the China Grove Town Council and Landis Board of Aldermen, by consensus, have directed the respective town managers to cancel the 2020 Southern Rowan Christmas Parade,” Seaford and Smith said in the news release.

The two towns had previously planned to make changes to the Nov. 24 parade that included not throwing candy and reducing the size of the parade lineup in addition to expected attendees to follow social distancing rules. The towns also planned to hold the parade without stopping between its Landis and China Grove portions to give people more space to spread out.

The announcement comes as active COVID-19 cases in Rowan County have reached their highest point yet, with new positives coming faster than recoveries. As of Monday, there were 750 active cases, 21 people hospitalized and 124 dead. Last week brought the second- and third-highest daily increases in local coronavirus cases since the pandemic began.