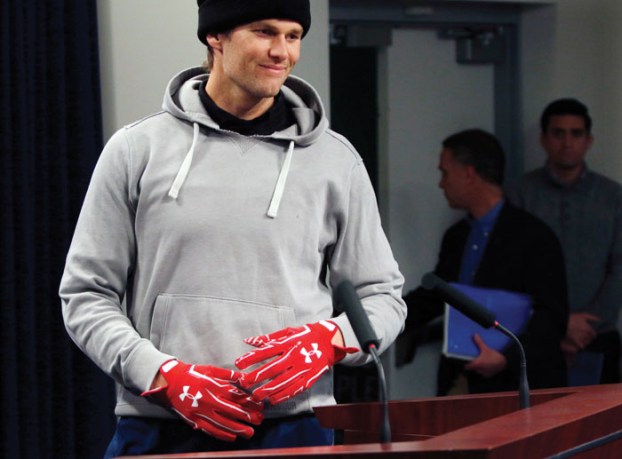 CHARLOTTE  — The Carolina Panthers are expecting to see a highly motivated Tom Brady on Sunday.

Brady and the Buccaneers are looking to bounce back after an embarrassing 38-3 loss to the New Orleans Saints last Sunday night on national television, a total team collapse that coach Bruce Arians called “shocking.”

It was the most lopsided loss of Brady’s career, with the six-time Super Bowl champion throwing three interceptions for the first time in nearly a decade and held out of the end zone despite a talented supporting cast that includes Mike Evans, Chris Godwin, Antonio Brown, Rob Gronkowski, Ronald Jones and Leonard Fournette.

Arians is well aware that a defeat of such magnitude can affect a team’s confidence.

But he’s confident it won’t as the Bucs (6-3) look to get right against the struggling Panthers (3-6), who have lost four straight and will again be without running back Christian McCaffrey, who is recovering from a shoulder injury.

“I don’t think our confidence is shaken one bit,” Arians said.

Brady was noticeably frustrated throughout the game, but pointed the finger at himself afterward saying “everyone’s got to do a lot better, and it starts with me.”

“Learn from it. You don’t bury your head in the sand — you own it,” Arians said.

The Bucs beat the Panthers 31-17 in Week 2, but Carolina seemed to solve Brady and the Bucs passing game in the second half — something that could bear watching Sunday.

“We have lost four games in row, so if you don’t think we’re plenty motivated too then something is wrong with that,” Brown said. “You can be (ticked) off all you want, but at the end of the day you have two (ticked) off teams coming in ready to battle each other.”

Mike Davis returns to a starting role in the backfield with McCaffrey out. In his first three fill-in starts this season Davis amassed 351 yards and three touchdowns, but was limited to 167 yards and one touchdown in his last three.

Davis will have his work cut out for him this week against the NFL’s top-ranked run defense. Despite yielding more than 100 yards on the ground to the Giants and Saints the past two weeks, the Bucs continue to lead the league in rushing defense at 75.3 yards per game.  The Panthers rushed for 87 yards on 24 attempts in the first meeting.