A Salisbury man’s list of criminal charges more than doubled Friday in connection with a car chase from Rockwell to Salisbury.

Jeffrey Warren Reed Jr., 26, who is already facing eight misdemeanor counts of hit and run property damage and felony fleeing to elude arrest, now faces an additional 14 counts of assault with a deadly weapon and one count of resist, obstruct, delay of a law enforcement officer. 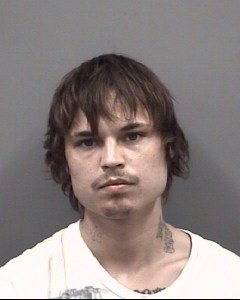 The charges stem from an incident on Monday night in which Warren allegedly drove away from an attempted traffic stop on U.S. 52 by a Rowan County Sheriff’s deputy. The Sheriff’s Office said Reed drove from Rockwell to Salisbury and struck several cars that were stationary at a stoplight at Depot and East Innes streets.

The car came to rest on West Innes Street near the Salisbury Post and Rowan County Administration Building.

The Sheriff’s Office said Friday that the additional 14 counts of assault with a deadly weapon are connected to Reed hitting other occupied cars with the vehicle he was driving. The resist, obstruct, delay charges are connected to “the actions of the suspect toward the charging office when he was taken before the magistrate on these additional charges.”

The Sheriff’s Office said Reed is not expected to face any new charges in connection with the incident. Reed also faces crimes for failure to appear on charges in Cabarrus County.

One other man has been charged in the case, Thomas Kistler, who faces drug paraphernalia charges. A third passenger faces no charges