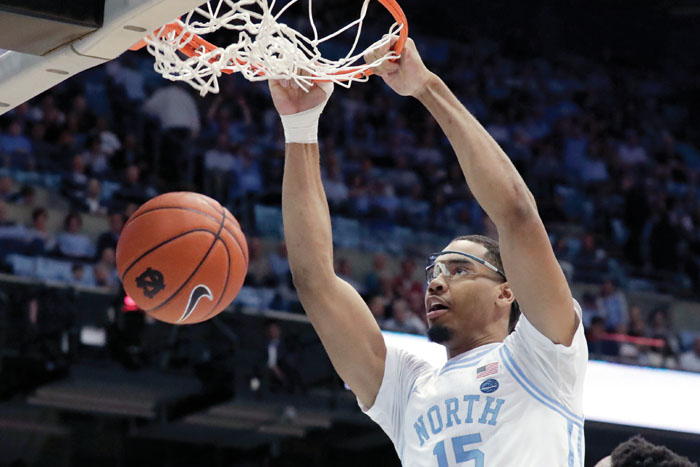 GREENSBORO (AP) — Fourth-ranked Virginia is the preseason favorite to win the Atlantic Coast Conference basketball race while North Carolina’s Garrison Brooks is the preseason pick as player of the year.

The league released its preseason picks Wednesday after voting from 155 media members. It marked the first time since the 1982-83 season that the Cavaliers start the year as the ACC favorite.

Tony Bennett’s Cavaliers were picked first on 97 ballots to finish ahead of ninth-ranked Duke, while No. 21 Florida State was third and No. 16 North Carolina was fourth.

Brooks, a 6-10 senior, was picked as top player on 102 ballots after averaging 16.8 points and 8.5 rebounds. Virginia’s Sam Hauser, a fifth-year senior who transferred from Marquette after averaging 14.9 points in 2019, was the second-highest vote getter with 24. Brooks and Hauser were joined on the preseason all-conference first team by Florida State’s Scottie Barnes — who was picked as preseason freshman of the year — Duke’s Jalen Johnson, Clemson’s Aamir Simms and Miami’s Chris Lykes.