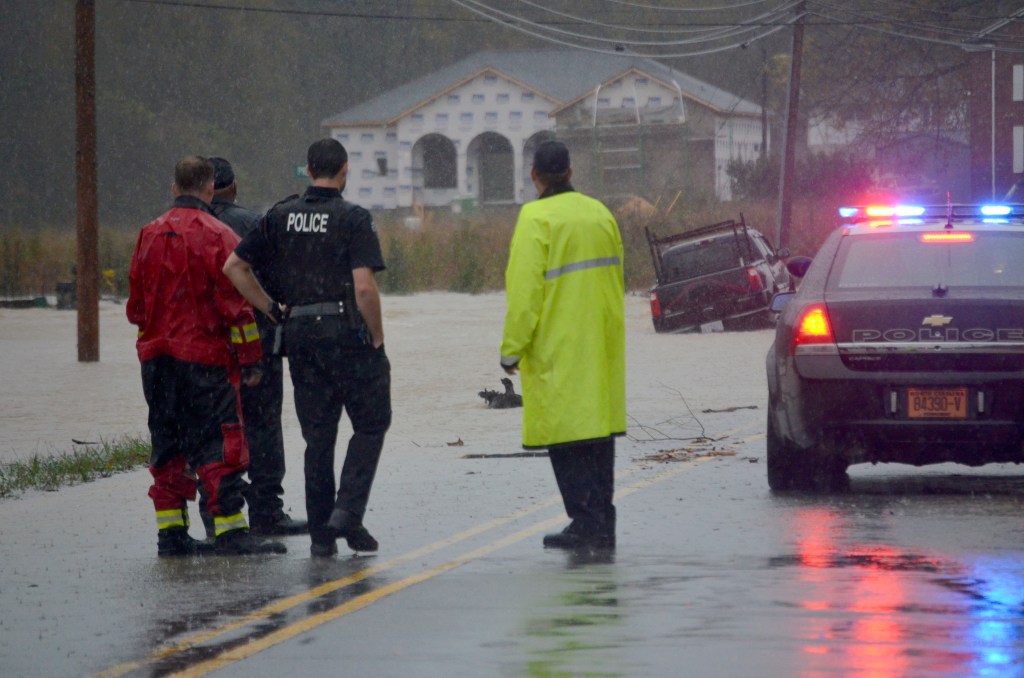 Emergency responders helped this motorist out of this vehicle as nearby Grant’s Creek began to overflow onto the roadway at Old Mocksville Road and Prescott Drive. Shavonne Potts/Salisbury Post

SALISBURY — Rescue personnel across the county spent much of Thursday morning assisting motorists stuck on flooded roadways and closing streets because of standing water.

A motorist was rescued around 8:30 a.m. from a car that became stuck in rising water at 321 Bendix Drive, just beyond the Verizon Wireless store. Salisbury Fire personnel responded and blocked off the street until the vehicle could be towed from the scene. 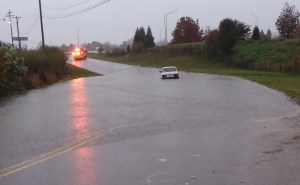 Emergency responders helped this motorist out of this vehicle as the roadway began to flood Thursday morning on Bendix Drive, near the Verizon Wireless store. Shavonne Potts/Salisbury Post

Crews also blocked off a section of Innes Street near Interstate 85 after Town Creek overtopped its banks and covered the roadway. Cars were diverted elsewhere.

Rescuers had to help another motorist out of a vehicle just before 10 a.m. on Old Mocksville Road and Prescott Drive. Water from Grants Creek overflowed onto the roadway near the Salisbury Greenway, Salisbury Police responded along with Salisbury Fire personnel. It wasn’t immediately clear how the motorists became stuck.

Rowan County Emergency Services Chief Allen Cress said Thursday’s weather event was the first time that the county was able to use the new storm protocol that was implemented last week.

Cress said part of the protocol included having emergency services take calls for resources and to notify emergency personnel of road closures instead of receiving calls on the main communications dispatch channel.

Cress said there were three incidents throughout the county where people were stranded in their vehicles by rising water. He said all of the motorists were able to walk out of the vehicles on their own.

There were 78 calls made to Rowan County 911 beginning at midnight regarding high water said interim county 911 chief Lonnie Owens. He said they also had 11 telecommunicators to help with 911 calls. Typically, there are eight telecommunicators.

Police and fire crews were busy much of the morning with the weather-related response as well as a fire that damaged the First Baptist Church Ministry Center in Salisbury.