It still may have a happy ending.

Tripp, a 6-foot-5 forward, scored 33 points and added eight rebounds, five assists and five blocked shots in his second outing for Milligan University on Saturday. Tripp shot 13-for-22 from the field, made a 3-pointer and was 6-for-9 at the foul line. 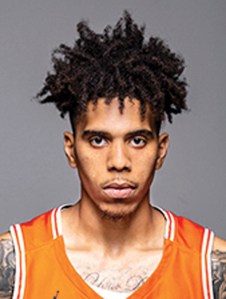 Milligan, which competes in NAIA and is located in Elizabethton, Tenn., edged Point University (West Point, Ga.) 102-100 in overtime in an Appalachian Athletic Conference game. Tripp assisted on Milligan’s last bucket and had a late block to preserve victory for the Buffaloes (1-1).

Tripp enjoyed several 20-point games for coach Shelwyn Klutz’s Wonders back in the 2013-14 season after moving from Connecticut to Kannapolis.

He played two seasons at Davidson County Community College for coach Matt Ridge. He was a teammate of former Carson star Tre Williams as a freshman and averaged 11.8 points and 6.2 rebounds for the Storm as a sophomore in 2016-17.

Tripp played the 2017-18 season at Bluefield College and averaged 9.9 points and 6.5 rebounds.

After several setbacks, Tripp didn’t play the next two seasons.

He’s making a comeback and is playing this season for Milligan as a graduate student. He scored 19 in an opening-game that preceded Saturday’s explosion.

Milligan coach Bill Robinson told the Johnson City Press after Saturday’s game, “David’s going to be our heart and soul, and we know that.”

Milligan’s next game is at home on Thursday.