“Elections must be free and fair — to include being free from voter intimidation and disruptions at polling locations,” wrote the Salisbury Post editorial board in the article titled “Caravan of cars crossed a line”  in the November 3rd edition.  I agree completely. However, here’s my take on a few events that took place in our city and county over the last few weeks.  My observations are a result of the honor that I have had in my role as an “observer” (also called “poll watcher” in some other parts of the country) in our 2020 elections.

I was outside the voting precinct in Spencer on the bright and sunny afternoon of Sunday, Oct. 18th when a few colorfully decorated pick-up trucks with Al Heggins signs rode by — horns blaring and supporters yelling, “Vote Al Heggins!” What I learned later is that naming the candidate vocally is unlawful and considered electioneering if done within the no-electioneering buffer zone. In this case, it was. 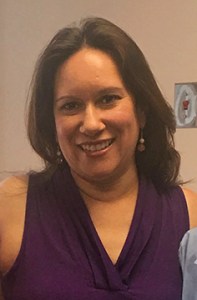 The honking of horns, chanting and yelling are not a problem unless it can be heard inside the voting precinct, thereby impacting the voter’s ability to vote. It was, therefore, interesting to hear Mr. George Benson speak during the Monday Rowan Board of Elections meeting about Trump supporters who drove by the Board of Elections site on October 31st. He suggested that the board condemn the Trump supporters, as they were driving through the no-electioneering buffer zone.

He also stated that he believed the vehicles had blocked voters from entering the voting area and had disrupted the voting process. Brenda McCubbins, director of the Rowan Board of Elections office, stated that there had been a similar event at the Board of Elections voting site. The event that she was referring to was held by a Democrat-leaning group, creating no issue or controversy for Mr. Benson. Ms. McCubbins stated that she had not seen any voters unable to enter and vote because of the Trump supporters. A fellow observer, Erica Vedeikis, was at the Board of Elections precinct on that very day, Oct. 31st, and reported that there was no voter intimidation or blocking of voters in casting their vote.

She stated that several members of the parade parked and came into the precinct to vote. The consensus of the board members on Nov. 2nd was that the Board wished for all groups to honor the no-electioneering buffer zone and, furthermore, would not single out one specific group.

It, therefore, was interesting to read the Tuesday editorial which criticized loud noises made by the Trump supporters’ vehicles. There were statements made about these supporters who were apparently electioneering in the buffer zone by having Trump flags on the vehicles. We then read on Wednesday, Nov 4th the e-edition of the Salisbury Post, which included an article by Shavonne Potts, celebrating the participation of the Livingstone College students voting at Miller Recreation Center in Salisbury, West Ward III.  The article included a photo of student Kendall Williamson holding a Biden-Harris banner as he waited to vote.

Although I’m thrilled that our young people are taking an interest and active role in politics, it is obvious that this student is standing in a no-electioneering buffer zone.  Not mentioned in the article but noted by Elaine Hewitt, also an observer, is that the students’ celebration included dancing and very loud shouting inside the no-electioneering buffer zone. Would it not be intimidating for a Republican student in the group to be surrounded by a crowd of shouting Biden-Harris supporters in a non-electioneering zone?

As an observer, you are in a position of neutrality. You are there to uphold the integrity of the voting process, reporting any discrepancies and errors that you may observe to the chief judge of the precinct. You are highly attuned to the issues of fairness and legitimacy. The events of early voting certainly caught my attention in terms of what behavior was overlooked and what behavior was criticized.

I firmly believe that in order to remain impartial and fair, we need to rid ourselves of our party biases and report through an impartial lens.

Nalini Joseph is a resident of Salisbury.  She is the proud mother of 10-year honor roll student Rohan Joseph, who also serves his community as president of COVID Busters.