SALISBURY — A Spencer man who Rowan detectives said shipped large amounts of high-grade marijuana through the mail pleaded guilty in court and was sentenced to probation. 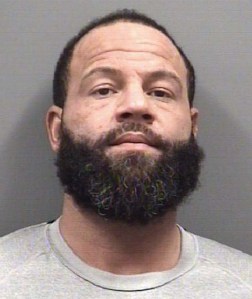 He faced multiple drug-related charges including trafficking marijuana. He pleaded guilty and accepted an Alford plea. An Alford plea occurs when a defendant does not admit the act but admits that the prosecution could likely prove a charge.

Miller was arrested after he picked up a package that was delivered to a Salisbury home. Rowan investigators and the U.S. Postal Service responded to a tip from Salisbury-Rowan Crime Stoppers that a shipment of marijuana was being delivered to a residence in the 4500 block of U.S. 601.

Investigators established surveillance around the home and obtained a search warrant after the package was delivered.

Investigators blocked Miller as he was preparing to leave the residence and executed a search warrant. Ten packages of high-grade marijuana that weighed over 10 pounds were found and Miller was arrested. Search warrants were served at Miller’s Spencer home and investigators discovered evidence of a large-scale marijuana and THC vape pen distribution.

He was sentenced to 15 to 27 months with the Department of Adult Corrections, which was suspended to 30 months of probation. He was given credit for the one day he served in the Rowan County jail. Miller was ordered to pay the cost of court, not use any type of firearm as long as he is a convicted felon, not use or possess any controlled substances, as well as submit to breath, blood, and urine drug tests.