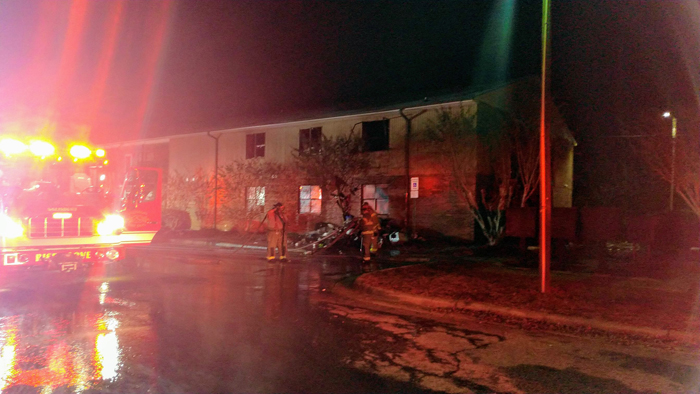 Nine people were displaced after a fire at East Winds Apartment complex when a lamp fell over and ignited material from inside the apartment. The fire was contained to the apartment but other units had water damage. Submitted photo

McBride said the fire was ruled unintentional. A lamp that did not have a shade, fell over and ignited some items that were near it, he said.

It took firefighters 10 minutes to extinguish the blaze from the following departments: East Spencer, Salisbury, Spencer, Union, Granite Quarry and Ellis Cross Country. McBride said there were a few more trucks than would typically respond because the response was for an apartment building.

Firefighters had to remove copious amounts of items from the home in order to ensure all of the fire was extinguished.