IREDELL COUNTY — A Cleveland man is wanted by the Iredell County Sheriff’s Office on charges of human trafficking, sexual servitude and other offenses after a woman said he drugged, beat and sexually assaulted her at an eastern Iredell County home. 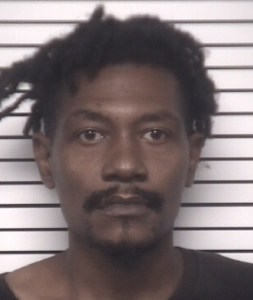 Sheriff Darren Campbell said deputies were called to a local medical facility to a reported assault that stemmed from a domestic violence incident.

Deputies met with the victim and were told she had been sexually assaulted. She told deputies she met Rickett after he bonded her out of jail. The victim said they went to a home where she was held against her will. The offense occurred between Sept. 27 and Oct. 18.

The case was assigned to Detective C. James with the agency’s special victim’s unit. The detective conducted several interviews and gathered evidence.

Rickett has a criminal history that includes assault on a female, resisting arrest, disorderly conduct, maintaining a vehicle for the sale of marijuana, felony possession of marijuana, possession of firearm by a felon, communicating threats, carrying a concealed weapon and aiding and abetting armed robbery with a dangerous weapon.