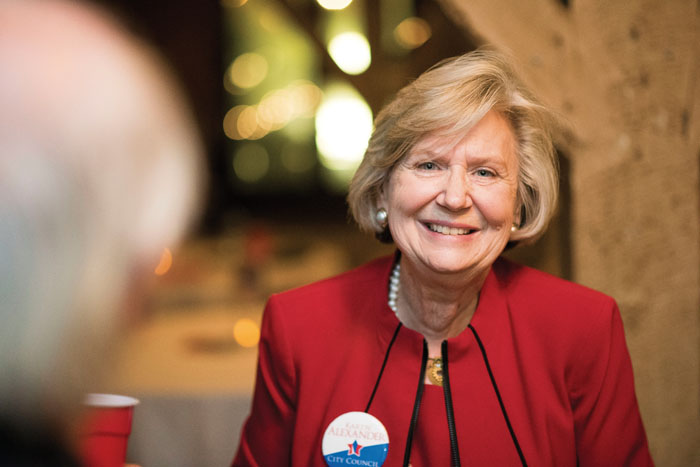 This past year, the city decided to take on a more proactive role in seeking federal grants. It is not that we did not pursue them before; we just competed for more and took on an advocacy strategy, too.

With the help of our federal advocates, we worked through the congressional offices to garner support, meet with elected leaders and their staff members in both Washington, D.C., and N.C. to explain the project priorities on which we were working.

U.S. Sen. Thom Tillis, as well Reps. Ted Budd and Richard Hudson, were there when we needed them. As expected, senators receive many requests for help and have to balance the interests of communities from all across the state. It was clear early on that Tillis had a team dedicated specifically to helping North Carolina win federal grant dollars, especially for economic development purposes, because Tillis cares about creating jobs. N.C. needs more leaders like that.

This local and federal partnership helped Salisbury win a vital $500,000 brownfields cleanup grant from Environmental Protection Agency that will turn the former Kesler Mill/Fieldcrest Cannon Plant No. 7 into economic investment boom. Grant funds will be used to clean up the site, which is located at 423 North Martin Luther King Jr. Ave. and in a Qualified Opportunity Zone. We also were able to secure $543,185 for a National Park Service historic revitalization grants program that will help us with our downtown preservation and redevelopment efforts. Under this second grant, Salisbury was one of only eight awards nationwide and was the only local government awarded. This project was such a big deal that the National Parks Service used a picture of the Salisbury historic district as the main photo in the agency’s press release.

And there are more.

The bottom line is that U.S. Sen. Thom Tillis, Rep. Ted Budd and Rep. Richard Hudson are not all talk with no action; each one does the work and makes things happen. They have done that work for Salisbury specifically. I appreciate federal representatives who care enough about our community to make great things happen. I like knowing we can call on our U.S. senator and congressmen to ask for their help, that they pay attention to our needs and deliver for our community.

Tillis, Budd and Hudson do that and I honestly believe they will continue fighting hard for Salisbury and all of North Carolina regardless of who is asking — Republicans or Democrats.

There are a lot of ads painting candidates in one light or another, so I wanted to express my personal experience with Tillis, Budd and Hudson and their staffs. I thank them for all for what they have done for our city and its residents. We need to re-elect each of them.

Karen Alexander is mayor of Salisbury.