SALISBURY — Billy Floyd Pless, a Rowan County man with a history of assault-related crimes, was convicted this week of failing to report an online identity as a registered sex offender.

Pless, 68, whose address is listed as the streets of Spencer, was sentenced to 18 to 31 months in prison for being a registered sex offender with a social media account.

In addition to an active prison sentence, Pless was further ordered to submit to a mental health evaluation and comply with any subsequent recommended treatment.

In September 2019, it was determined Pless had a Facebook page. Pless was required to register as a sex offender for 30 years after a June conviction 2019 on a sexual battery charge from August 2017. One of the terms of his probation was to notify the Rowan County Sheriff’s Office within 10 days of opening any online accounts. 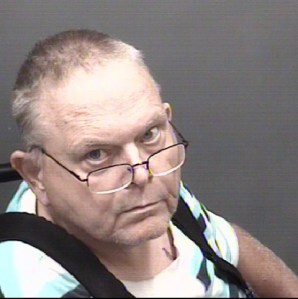 He was released last year from prison after a June conviction for assault and sexual battery after a two-day trial. He was found guilty of groping a woman and holding her against her will in 2017. The victim walked from a friend’s house along South Main Street when Pless called out to her. He asked for her help to lift a bag, then grabbed the woman when she tried to walk away.

Pless has more than 30 convictions that date to 1982 that include assault on a female, communicating threats, domestic criminal trespassing, assault with a deadly weapon, hit and run, making harassing phone calls and disorderly conduct.