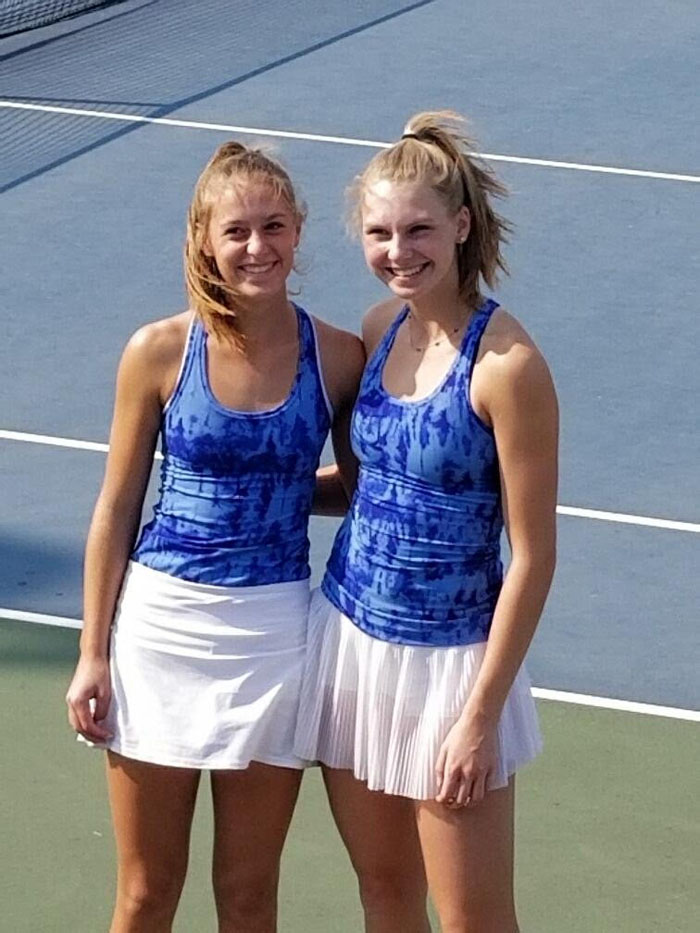 It was a repeat 6A championship (the largest classification in Kansas) for Langford/Stechschulte. They also took the state title as freshmen, prevailing 6-3, 6-4 in the final. They had a record of 27-2.

Langford started playing tennis when she was 4. She travels to Oklahoma, Iowa and Nebraska for regional tournaments and also plays in some national events. She plans to play college tennis.

Langford’s grandparents are Frank and Anne Saunders of Salisbury.

The tennis gene pool for Langford is exceptional.

Thad Langford probably would have North Carolina state titles as well, but he grew up in tennis academies. He was part of championship teams in San Diego.

Langford played collegiately at Arizona for nationally ranked teams and was part of the Pac 12 All-Academic team in 1991.