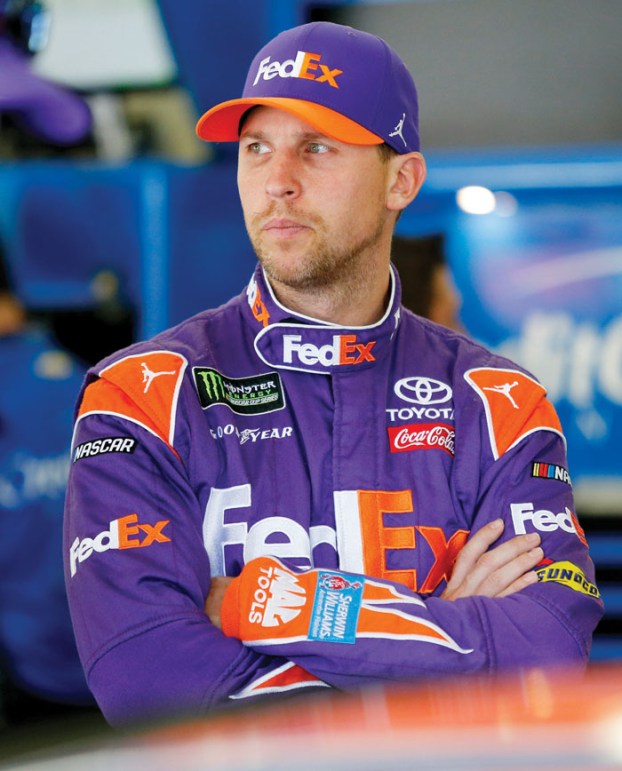 NASCAR’s needed horsepower for its stale playoffs so Martinsville was shuffled to the back of a revamped schedule. The same guys raced the same 10 tracks in the same 10-week order every year, and the schedule had to change.

So Martinsville was moved to the final elimination race and NASCAR created a high-stakes last-chance Sunday at the historic Virginia paperclip. Three of four slots are unclaimed in next week’s title-deciding race at Phoenix, which will host its first championship, with Joey Logano the only driver already qualified.

It means at least one of NASCAR’s top stars and maybe even a legitimate title contender won’t advance out of Martinsville. Kevin Harvick is probably cushioned by bonus points earned through nine victories this year. That’s two slots for six drivers, and all six believe they can win to get in.

Hamlin, winner of seven races and the Daytona 500 this year, sparred with Harvick all season as co-favorites to win the Cup title. Hamlin hasn’t been great in the playoffs and he holds just a two-point lead over Brad Keselowski above the cutline.

A bad day could end Hamlin’s quest for an elusive first Cup title, while teammate Martin Truex Jr. must win Martinsville to advance after an illegal spoiler last week put derailed him in the standings.

It’s a letdown situation for both Joe Gibbs Racing and Toyota: Three JGR cars made the finale a year ago, but reigning champion Kyle Busch has already been eliminated.

Truex is trying to make the final four for a fourth consecutive year. If Truex wins, it could eliminate Hamlin — if Hamlin finishes behind Keselowski.

“It’s up to us to get it done,” said Hamlin, a five-time Martinsville winner. “My goal and my anticipation is that we’re going to win.”

Truex, winner of the last two races at Martinsville, hasn’t dismissed a three-peat but is realistic about the challenge.

“A must‑win at any track, no matter how good you’ve been there in the past, I think is a challenge,” Truex said.

Keselowski has yet to race in a final four since the format debuted in 2014, and he’s not contended for a title since his 2012 victory. This was a contract year with a new crew chief that could have started a career decline. Instead, he’s angling to put two Fords in the finale and join Team Penske teammate Logano in Phoenix.

“I don’t want to say (I’m) licking my chops, but I feel like based on our season’s performance to date, (it’s) the best chance for us to go out and really have a chance to win and get a second championship,” Keselowski said.

Chase Elliott has three wins this season and seemed steady enough to advance for the first time in four tries, but he’s below the cutline, tied with teammate Alex Bowman in sixth. The Hendrick Motorsports drivers, along with Busch from Chip Ganassi Racing, are trying to put a Chevrolet in the championship race for the first time since Jimmie Johnson won his seventh title in 2016.

Elliott is hoping to show he’s ready to race with the big boys, noting the drivers ahead of him “are very familiar faces to the final four.” He’s NASCAR’s most popular driver, with a chance to take the next step in his career.

“I feel good. I feel probably better than I ever have and as relaxed as I ever have,” Elliott said. “I think the more that you can embrace that moment and embrace that situation and really enjoy that time, the better you’ll be prepared for a final four one day if you ever get there.”

Burton, eliminated from the playoffs in the round of 12, became the youngest winner in Martinsville history at 20 years, 22 days. It broke the mark set by his father, Jeff, in 1990 when he was 23.

“It’s amazing to win here at what is one of my home tracks and do what my dad did,” Burton said. “My race team worked their tails off on this car expecting us to have to fight to get into Phoenix to win a championship, and we got knocked out, but we’ve proven people wrong.

“We won two in a row in this round and we’re going to go try to make it three at Phoenix.”

It was Burton’s fourth win of the season and, just like last week, spoiled the championship picture.

Burton’s back-to-back wins prevented Noah Gragson and Ross Chastain from advancing to next week’s Xfinity Series championship race at Phoenix. The title will instead be decided between Chase Briscoe, Austin Cindric, Justin Allgaier and Justin Haley.

The Xfinity Series is crowning its first new champion in three years; Tyler Reddick was promoted to Cup after winning the last two crowns.

Gragson a week ago at Texas was cruising to the checkered flag and an automatic berth in the finale when Burton got past him to win. It put Gragson in a must-win situation at Martinsville, where the Xfinity Series raced for the first time since 2006. But Burton was fairly dominant in his Toyota for Joe Gibbs Racing and wasn’t challenged at the end. Allgaier finished second with enough points to advance into the championship race.

By Bob Sutton Associated Press DURHAM — Mataeo Durant and Deon Jackson both had a pair of touchdown runs as... read more