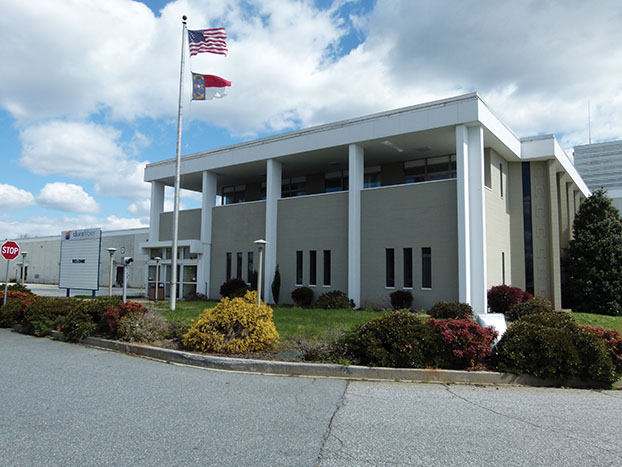 While Eastern Fence will be moving into a 65,000 square-foot building at the Mid-South Industrial Park on Statesville Boulevard, the building that is roughly one million square feet is still on the market. Photo submitted.

Eastern Fence, which plans on creating 142 new jobs in the county over the next four years, will invest $17.5 million in improvements to the building it will move into at the Mid-South Industrial Park at 7401 Statesville Blvd. Founded in 1971, the New York-based fencing company offers a full line of wood fence, chain-link products, aluminum and steel ornamental products, welded mesh, guide rail and post and rail.

But the site of Eastern Fence’s facility has a storied history. Built in the 1960s by Fiber Industries, the plant has served as a home to various fiber-producing companies that have employed thousands of Rowan County residents. When DuraFiber closed the plant in 2017, nearly 400 people lost their jobs.

Edds said that he was excited to see the property receive a second life.

“All the time I talk to folks who their parents or grandparents or even they worked out there and all three generations worked out there,” Edds said. “To see that now come back to life is really an emotional win for Rowan County and for a lot of families.”

After DuraFiber’s closure three years ago, the property was purchased by Forsite Development, which has worked to rehabilitate the facilities for prospective tenants.

“They did a really good job of shutting it down properly, but at the end of the day it was still an older manufacturing plant that needed some redevelopment,” said Houston Roberts from Forsite Development. “We came in and cleaned it up and got rid of stuff that was left over. We put new (energy efficient) LED lights to brighten things up too.”

Roberts said that they also “placed some building systems back in good working order.”

On the property, there is a 1-million-square-foot building and a 65,000-square-foot facility known as “building P,” which is where Eastern Fence will locate its new manufacturing and distribution center. The larger of the two is still on the market for now. Roberts said Forsite would like to make a deal with a company to lease the whole building, but that they are willing to “multi-tenant” the building if needed.

Forsite has collaborated with the Rowan Economic Development Commission to market the Mid-South Industrial Park, which boasts many natural advantages.

“You won’t find many facilities in our region that have rail, quick access to a few major highways, but also heavy power, heavy water, its own wastewater plant,” said Scott Shelton, vice president of Rowan EDC. “Those are things that really if you tried to build from scratch would be an expensive proposition. To have all of those things in place for someone in heavy industry is something you don’t see very often.” 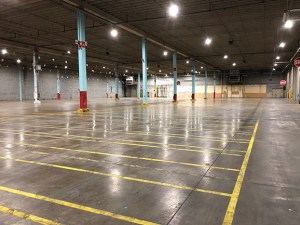 The massive building that is still available at the Mid-South Industrial Park boasts a robust infrastructure. Photo submitted.

Roberts said that the facility boasts a 97-megawatt power delivery from Duke Energy, which is enough power to provide electricity to thousands of houses.

Given its robust infrastructure, the property was coveted from the time it was vacated by DuraFiber, Roberts said. At one point when bitcoin (an electronic currency) was soaring in popularity and value, a data mining company almost moved to the site. Other potential deals followed but never went through.

Shelton said that the sought-after location was a critical factor in Rowan County landing Eastern Fence.

“We’re happy to be able to bring a great manufacturer like that to the site, especially when you’ve had thousands of Rowan citizens work there throughout the years, but there’s still a million square feet of space in the main building that has rail and heavy power,” Shelton said. “We’re hoping to market those advantages to bring another employer to the main facility.”

Now that Eastern Fence has made plans to move in, Edds said he doesn’t expect the rest of the property to be vacant for very long.

“We are thankful to Eastern Fence for really breaking the seal on that facility. We’ll see what comes next,” Edds said. “We expect it to be pretty quick.”

Prehistoric Prey: Dinosaur Hunt to be held at the…