SALISBURY — Three people are in custody following a Thursday two-vehicle, drive-by shooting near West Innes and Institute streets that led to a vehicle chase and subsequent foot chase with police.

Police were called around 11:30 a.m. to 1014 West Innes St. regarding two vehicles — one a red passenger vehicle and the other a silver passenger vehicle — shooting at each other. Police located a silver Kia on the campus of Livingstone College that was driven by Cailyn Roseberry.

Police charged Roseberry with felony possession of a stolen firearm and carrying a concealed weapon. He was found with a stolen Glock 19X 9mm. He was issued a $1,000 secured bond, according to police. 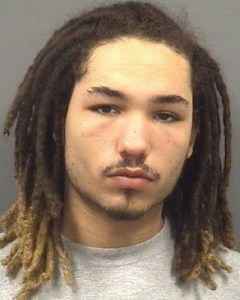 Officers also received a description of the red vehicle and attempted to initiate a traffic stop on a red Toyota Solara on Jake Alexander Boulevard, near Dan Street. The driver did not stop and a vehicle pursuit ensued until the suspect lost control on Mooresville Road near Lincolnton Road and Sunset Drive. The Toyota struck a Hyundai Veracruz and came to a stop, facing a police cruiser. 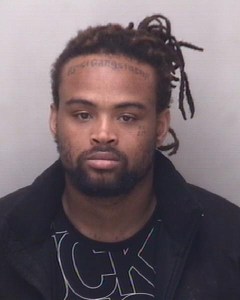 The driver of the Toyota, 28-year-old William Levi Rankin, ran from the vehicle, police said. Officers chased Rankin and apprehended him a short time later in a nearby wooded area near Farm Bureau Insurance and Rolling Hills Golf Club. According to Police Chief Jerry Stokes, the driver fired a gunshot at one of the officers.

No injuries were reported. Officers did not have to use force or fire any weapons during the incident, Stokes said.

Rankin was charged with felony fleeing to elude arrest, discharging a firearm within city limits, possession of a firearm by a felon, attempted discharge of a weapon into an occupied property and a probation violation.

Police say his bond is over $1 million due to his extensive criminal record. The passenger of the car, Jaheim Riley, 18, was arrested at the vehicle by another officer. A Hi-Point 45-caliber pistol was located in the car.

Riley was charged with possession of a firearm by a felon. He received a $2,000 secured bond. 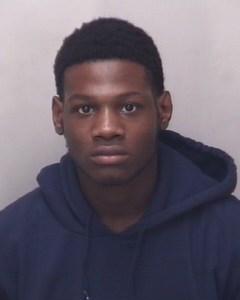