GREENSBORO — A known gang member has pleaded guilty and was sentenced to nearly eight years in federal prison after a yearlong Rowan County drug investigation.

Joshua Byrd, whom the Rowan Sheriff’s Office said is known to law enforcement as a high-ranking gang member, was sentenced Thursday in the Middle District of North Carolina to 7.75 years in prison.

According to the Sheriff’s Office, the investigation began in April 2018 and concluded June 2019 after investigators made 11 drug buys from Byrd of methamphetamine and heroin. During the investigation, detectives seized 47.6 grams or 1.7 ounces of heroin and 58.3 grams or 2.08 ounces of meth. Byrd allegedly went on the run when he discovered he was wanted by authorities until his June 2019 apprehension in Greensboro. 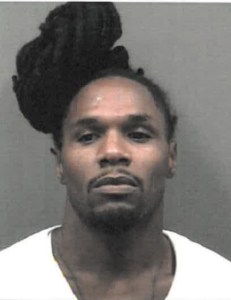 Detectives said Byrd had been arrested in Charlotte for two weapons violations and had been involved in a standoff with the Charlotte-Mecklenburg Police Department SWAT team. He was also suspected in several shootings in Salisbury, the Sheriff’s Office said. Because of the apprehension of witnesses and victims, convictions for these crimes were unattainable, the Sheriff’s Office said.

Byrd has prior convictions for assault on a government official, assault with a deadly weapon inflicting serious injury, common law robbery, possession with intent to sell and deliver cocaine and possession of a firearm by a felon.