Baseball: Owen White back on the mound 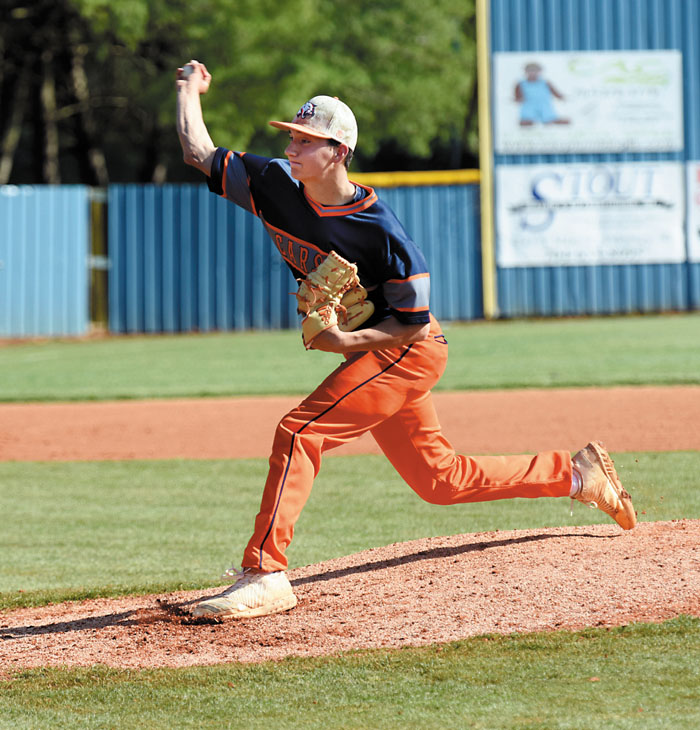 White supports Seager from a distance of almost 1,100 miles, as he takes his smooth, left-handed swings in the COVID-19 World Series of 2020. It’s a weird World Series being played exclusively at Globe Life Field, the billion-dollar showplace that is the new home park of White’s organization — the Texas Rangers.

“The guys I got drafted with, we’ve talked about playing in a World Series in our new stadium,” White said. “But I don’t think anyone ever imagined a World Series at Globe Life Field like this.”

The Rangers drafted White out of Carson High in the second round in 2018 and gave him $1.5 million great reasons to pass up being a college star at the University of South Carolina. Seager made the same decision in 2012. Picked in the first round by the Los Angeles Dodgers out of Northwest Cabarrus High, a signing bonus of $2.35 million convinced him to join the pro ranks instead of the Gamecocks.

The 6-foot-3 White is part of an American League franchise, but because he knows the Seagers well, he has no problem rooting for the National League’s Dodgers in the Series against the American League’s Tampa Bay Rays.

White grew up about 20 miles from the Seager family that produced three pros (including Seattle Mariners third baseman Kyle) in Kannapolis. In a global game such as baseball, White and the Seagers are practically next-door neighbors.

“Hopefully, Corey can come home with a championship,” White said.

Now  he’s showing people what he can do when he’s healthy.

White is still optimistic that his pro career can follow a similar trajectory. So far it’s been mostly about medical charts, not highlights and interviews.

White, a 21-year-old right-handed pitcher, had the ulnar collateral ligament reconstruction that is universally known as Tommy John surgery in May 2019, before he ever got to throw a pitch in an official minor league game. That 55-minute operation in which a tendon was taken from White’s hamstring and used to repair his elbow, has dominated his life since then.

The Rangers placed White on a conservative, no-rush recovery plan to protect his health and to safeguard their substantial investment in his right arm. Following surgery in Texas, he embarked on a 16-month rehab  journey. There were days that included four hours of drills and exercises. The target date for full recovery was set as Aug. 20, 2020.

White adhered to the plan and now has been declared fully healthy.

“The throwing program was a tough grind, but I think that process helped me mature and I learned a lot of little things” White said. “You deal with a lot of aches and pains and nagging stuff  when you’re going through rehab. But I got a lot of great support from my family and friends as well as the Rangers. I had several teammates who were going through the same things and we helped pushed each other. Now I feel great mentally and physically.”

Not every pitcher makes a full recovery from Tommy John surgery, but those that have returned to the mound as good as new — or even better — include Hall of Famers John Smoltz and Mariano Rivera.

Both starting pitchers in Friday night’s World Series game — L.A.’s Walker Buehler (five years ago) and Tampa Bay’s Charlie Morton (eight years ago) — are Tommy John survivors. That had to be encouraging to White.

“It’s been a long time since I’ve been able to compete from the mound,” said White, who was honored as Gatorade Player of the Year for North Carolina in 2018. “So it’s exciting to get back out there.”

As he was nearing the end of his rehab program, White encountered a new obstacle — COVID-19.

He felt sick on Aug. 4, five days before his 21st birthday. His temperature soared to 103 degrees during the toughest point of his battle with the dreaded virus.

“COVID knocked me off my feet for about a week and a half,” White said. “I lost some strength, but I’m getting it back.”

White headed to the Rangers’ complex in Surprise, Arizona, in early September.

He threw several bullpen sessions. On Sept. 21, he faced live hitters for the first time in a year and a half. He marked the date on his calendar.

Now he’s one of the 60 top prospects the Rangers rostered for their fall instructional league. In a league that started on Oct, 5 and continues through Nov. 13,  he’s pitched to prospects wearing the uniforms of the Kansas City Royals and Seattle Mariners. The results have been up and down.

“The encouraging thing has been that the velocity is there,” White said. “I’ve thrown some 97s, my fastballs have averaged between 94 and 95, and I’ve gotten a few strikeouts.”

But there’s also some rust.

“My control is not all the way back yet,” White said. “My location isn’t there yet. But everything feels good as far as pitching. I’ve been able to show that I’m healthy and able to compete, The Rangers aren’t that concerned with results. They just want me to find the zone, to put the ball in the zone.”

White hasn’t had to search hard to locate positives in the COVID-19 pandemic that drastically altered this baseball season.

There was no 2020 minor league season for prospects, even the healthy ones, so even while he dealt with his extended layoff, White didn’t lose any ground in the Rangers’ farm system.

The MLB draft was limited to five rounds this year, so there’s also not the normal avalanche of new prospects pushing into the farm system.

“I’m still working with guys I was drafted with,” White said. “It’s not like I lost a year to everyone.”

White doesn’t know yet what’s coming in 2021, but there’s little doubt it will be the year when he finally gets to make his official pro debut in games where the score matters and statistics are kept.

He’s got a daily regimen to follow as far as diet and weightlifting. He’s able to play golf again, a hobby he sorely missed during those long months of  Tommy John rehab.

Now that he’s finally healthy, the goal is to stay that way.

White is quite an athlete when he’s in one piece. He was the starting quarterback for Carson football before he gave that sport up. He finished his career as the  No. 7 scorer in Carson basketball history. He was a stellar shortstop for coach Chris Cauble’s baseball Cougars and holds Carson’s career batting records for hits (139), runs scored (92), RBIs (82) and doubles (40), as well as pitching records for victories (32-8) and strikeouts (358).  He swung the bat well enough and fielded smoothly enough that he may have been a two-way college player.

“Now it feels like such a long time since I was drafted — I’m feeling like one of the old guys,” White said with a laugh. “But I’ve kept a positive attitude about everything. I have no idea where I’ll be placed in 2021, but wherever it may be, I’m ready to start fighting my way up.”

Maybe in a few years he’ll be pitching to Seager in a World Series at Globe Life Field.