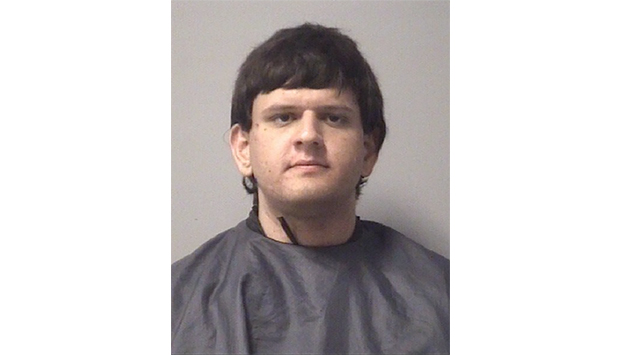 KANNAPOLIS — A 19-year-old man arrested in Kannapolis in May was found with van full of explosive material and guns and conspired to kill former Vice President Joe Biden, who is now running for president, as well as carry out a mass shooting, according to court documents.

Kannapolis Police arrested Alexander Hillel Treisman in May after employees reported an abandoned white van outside of Fifth Third Bank. The van contained multiple weapons and other items. He’s been held in custody since then, and an eight-page order, signed by a U.S. magistrate judge earlier this month, lays out a terrorist plot by the 19-year-old, also known as Alexander S. Theiss, which goes back at least to October 2019.

The order details the events that led up to the discovery and the matter of the detention facility where Treisman would be held. Before this incident, Treisman had no criminal history, the order said. A judge heard testimony from FBI Special Agent Aaron Seres and Officer Addison Friedman of the U.S. Marshal Service and the Joint Terrorism Task Force, both of whom investigated the matter.

The special agent said on May 28 Fifth Third Bank employees working at 606 S. Main St. called the Kannapolis Police Department about the van. Kannapolis Police officers arrived and could see through the windows an AR-15-style rifle, a box for a Taurus .380 handgun, a canister of the explosive material Tannerite and a box of 5.56-caliber ammunition.

Before the vehicle was towed, police did an inventory of the contents and discovered $509,000 that was believed to be Treisman’s inheritance as well as books about survival, making bombs, improvised weapons and Islam. The van also contained drawings of swastikas and planes crashing into buildings and more guns. The other firearms that were were seized from the van were a Sig Sauer AR rifle, an Intratec 9mm Luger, a Lower AR receiver, a Kel-Tec Sub-2000, a .22-caliber rifle marked “ArchAngel,” and a Russian Mosin Nagant M91/30 bolt action rifle.

The special agent testified that Treisman arrived at the bank later that same day in a green Honda Accord and inquired about the towed van. Bank employees again contacted police. Officers with the Kannapolis Police Department arrived and took Treisman into custody.

When officers obtained and executed a search warrant for Treisman’s Honda, they allegedly found two more firearms — a Taurus Spectrum .380-caliber and an Intratec 9mm Luger Model AB-10 — both of which were concealed in a clothes hamper.

Court documents state the Florida license was a fake.

A Samsung S9 cellphone also was seized from Treisman during his arrest.

Kannapolis Police charged Treisman with carrying a concealed weapon and contacted the FBI. Kannapolis officers and officers with the Joint Terrorism Task Force interviewed Treisman following his arrest. Federal court documents say Treisman told the officers he was interested in terrorist incidents and mass shootings. He told them he’s lost friends because of jokes he made about mass shootings and the Sept. 11, 2001, terrorist attacks.

He bought the Kel-Tec Sub 2000 from a federal firearms licensee in Seattle, and the information Treisman provided for his background check matches the counterfeit Florida driver’s license, court documents state.

Investigators also told the court they obtained a note from Treisman’s cellphone that he created on Oct. 15, 2019, and in which he described a plan to perform a mass shooting at a mall food court on Christmas or Black Friday. Treisman also had still images from video footage of the Christchurch, New Zealand, mosque shooting and downloaded the image on March 21.

On April 8, Treisman, using an online alias, posted that he was “going to do a Columbine for a while, but I think it would be better to put it towards something more memorable.”

In an April 15 post on a website called iFunny Treisman asked, “Should I kill Joe Biden?” And court documents state a timeline of internet searches made by Treisman between March and May included queries about Biden’s home address, state gun laws, rifle parts and night vision goggles. Court documents state Treisman traveled to a Wendy’s within 4 miles of Biden’s home and wrote a checklist note that ended with “execute.”

Other evidence referenced in court documents include:

• An April 20 video taken using Treisman’s cellphone in which a male driving by the Mandalay Bay Casino in Las Vegas stated, “There it is. That’s it. That’s the one, that’s where they did it. Allah Akbar. Ah hah, nice.” In 2017, a man opened fire from the casino on a crowd attending a 2017 music festival and committed the deadliest mass shooting in modern United States history.

• A video created on April 23 with the same cellphone at O’Hare International Airport in Chicago with audio of a male voice suggesting that it would be “awesome” to hijack a plane and fly it into a building.

• Images taken on Treisman’s cellphone on April 26 that show a shooting range at the Fort Bragg training area.

• An electronic document titled “A Guide to Mass Shooting” on one of Treisman’s hard drives.

• An image of a Polish passport that was edited with Treisman’s face on it instead of the actual passport holder.

Treisman’s case has been continued to the December term of the court to allow his attorney, who is listed as Samuel J. Randall IV, of the Charlotte firm Randall & Stump, to prepare a defense and review documents.

County finishes week with five deaths, one of 36…