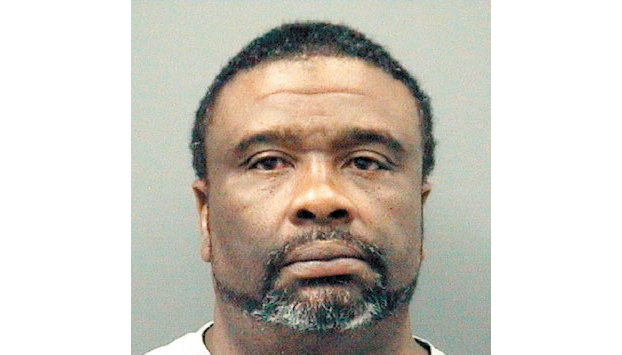 SALISBURY — The N.C. Court of Appeals has reversed the 2018 hit-and-run conviction of a Salisbury man who spent six years in the county jail awaiting trial.

Khalil Abdul Farook was sentenced to two life sentences in the June 17, 2012, deaths of Tommy “Mark” Marshall Jones Jr., 47, and wife Suzette Burleson Jones, 48. Farook was driving when the car ran off the road, he overcorrected and collided with the couple’s Harley-Davidson. Farook ran from the scene but later turned himself into authorities. He was jailed in the Rowan County Detention Center until his 2018 trial.

According to a 35-page court document filed this week, Farook, 59, was denied a speedy trial. The case was heard in the N.C. Court of Appeals in December, and the decision was filed Tuesday.

“Because the state failed to carry its burden of proof as to the reason for delay in defendant’s trial and as defendant has demonstrated prejudice from this delay, defendant’s right to a speedy trial was violated, and thus we reverse the order denying defendant’s motion to dismiss and vacate defendant’s judgment,” stated the court’s decision.

A jury previously convicted Farook of two counts of felony second-degree murder and one count of felony failure to remain at the scene of an accident that caused serious injury or death. The jury also convicted him as a violent habitual felon, which carried a mandatory penalty of life in prison without the possibility of parole.

According to the court documents, on June 18, 2012, a day after the accident, warrants were issued for Farook’s arrest on felony hit and run resulting in death, driving while impaired, and resisting a public officer. In the subsequent days and months after his arrest, additional warrants were served and DNA evidence was collected from Farook’s vehicle and other “various locations.”

The court documents also show that a blood sample was taken from Farook and submitted to the N.C. State Crime Lab for testing.

In July 2012, James Randolph was appointed as Farook’s attorney but replaced two years later when Randolph ran for and was elected to be a district court judge. In addition, Farook was indicted on driving while impaired, resisting public officer, and two counts of felony death by vehicle, reckless driving to endanger, driving left of center, driving while license revoked and felony hit and run resulting in two deaths.

There was little progress made in the case in both 2013 and 2014. But in December 2014, Salisbury attorney James Davis was appointed to represent Farook.

In March 2015, blood alcohol results were sent to the state crime lab, and in June of the same year, a crime lab report, “did not state a blood alcohol level and was negative for all other substance tests,” court documents said.

Nearly three years after Farook’s arrest, “a rush request was sent from (District Attorney) Brandy Cook for expedited testing of DNA,” the court documents said. The DNA analysis was completed on April 17, 2015. In late June 2017, Davis withdrew as the attorney in the case, citing a number of pending trials, mediations and depositions throughout 2017.

On July 5, 2017, Aaron Berlin and Sarah Garner, special prosecutors from the North Carolina Conference of District Attorneys, became the state’s attorneys in this case. On the same day, Farook rejected the state’s plea deal. Salisbury attorney David Bingham then was appointed to represent Farook, but he stepped away from the case, too, at Farook’s request.

Chris Sease in September 2017 became the newest attorney assigned to the case.

A trial was scheduled for September 2018, and the state dismissed the charges for reckless driving to endanger, driving left of center, DWI, resisting a public officer and both counts of felony death. The same month, Farook requested his case be dismissed on the grounds that he was “deprived of effective assistance of counsel,” according to court documents. Cease also filed to dismiss the case due to the violation of his client’s constitutional rights to a speedy trial.

According to Sease, his client was not charged or served with indictments until July 2017.

Farook told the court he believed the warrants were “purposely held until after he had rejected the state’s plea offer and after his original counsel of record had withdrawn from this case in an attempt to oppress, harass and punish him further.”

A Rowan County court determined Farook’s right to a speedy trial was not violated — the decision reversed this week.

The appellate court said prosecutors should’ve given a reason for the delays. Meanwhile, according to Farook, the courts relied upon his former attorney, James Davis, to testify about the busy court docket and calendar. And in testimony and information provided by Davis, there were significant questions of attorney-client privilege, including that Farook reportedly agreed to a strategy of delaying the case, the appellate court said.

The appellate court’s decision said, “This is an exceptional case and the issue of a violation of attorney-client privilege in this context is a fundamental error,” which “seriously affects the fairness, integrity or public reputation of judicial proceedings.”

The court also said there wasn’t enough proof that Farook had agreed to the delay strategy. The court said staff members at Davis’ law firm could’ve discussed a strategic move to “let things cool down” with Farook, but that still didn’t explain a six-year delay.

The appellate court said Farook’s motion to dismiss the case should’ve been allowed in the lower court and the state should not have allowed Davis to testify because it violated attorney-client privilege.

The appellate court cited further reasons for delay that included the case not being scheduled for trial and was only on administrative calendars a few times in the six years before the trial.

“The state did not even request analysis of the DNA evidence until approximately three years after defendant was arrested. Otherwise, the state did not present any evidence regarding the reasons for the delay other than from defendant’s former counsel,” court document said.

The appellate court said the charges against Farook that were filed in 2017 were “far more serious charges than the state initially filed.” Had he been tried and convicted on the initial charges, “he could not have been subjected to life imprisonment without the possibility of parole,” the appeals court stated.

The court said it found that every factor in the case weighed in favor of Farook, against the state or not clearly in favor of either party.

Farook remains confined in the N.C. Department of Public Safety. According to the appellate procedure guide, this decision is not final until a formal mandate is issued by the appellate court.