SALISBURY — As two deputies were dragged by a fleeing vehicle early Wednesday, one fired his gun at the driver and struck him in the arm, the Rowan County Sheriff’s Office said.

The incident started at roughly 2 a.m. in the 3700 block of U.S. 601, near the Volonte Motel in the Franklin community, when a deputy requested assistance with a traffic stop involving a white Ford Mustang. A nearby deputy responded with his K-9.

The K-9, named Echo, gave an alert to indicate the presence of narcotics in the car. The deputies gave commands for the vehicle occupants to exit, the Sheriff’s Office said. Instead of complying, the driver took off, with deputies Matt Shoemaker and Kevin Holshouser partially inside the car. Both deputies were dragged for a short distance by the vehicle as the driver began to accelerate, the Sheriff’s Office said. Holshouser fired his handgun into the vehicle and struck the driver in the arm, said spokesman Maj. John Sifford. 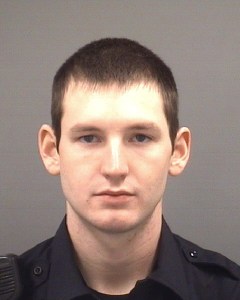 Both deputies were able to break loose from the vehicle, with Holshouser suffering a head injury and requiring four stitches to his right elbow, Sifford said. Shoemaker received an arm abrasion and was treated at the scene but did not require further treatment at the hospital. A Kannapolis man named Tyler Gambrell was identified as the driver by the Sheriff’s Office and treated at Rowan Medical Center for his gunshot wound.

None of the injures are life-threatening. 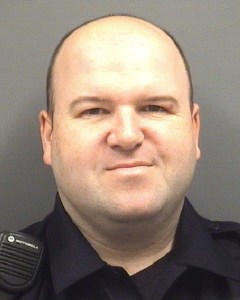 The suspect’s vehicle continued after deputies broke loose and used a portable radio to signal shots had been fired. The driver continued on U.S. 601, which turns into Jake Alexander Boulevard, and traveled towards Salisbury as Rowan Sheriff’s deputies pursued.

The Rowan Sheriff’s Office said the stop sticks flattened all four tires of the car. The vehicle continued on I-85 for a short distance until it came to rest in the median at exit 70, Peach Orchard Road.

Sifford said the driver of the vehicle ran into a yard and was captured and taken into custody there by several sheriff’s deputies.

The State Bureau of Investigation is assisting with the incident because it’s an officer-involved shooting. Criminal charges are expected, Sifford said. The suspect’s Mustang was seized as evidence.

There was one passenger in the Mustang identified by the Sheriff’s Office as Isaac Marroquin, who was not injured. Sifford said Marroquin will not face charges but investigators will need to follow-up with the two deputies.

Rowan County EMS and South Salisbury Fire Department responded to provide treatment to Gambrell and to deputies Holshouser and Shoemaker.

Gambrell has several convictions that include felony breaking and entering, carrying a concealed weapon, drug possession and driving while license revoked.