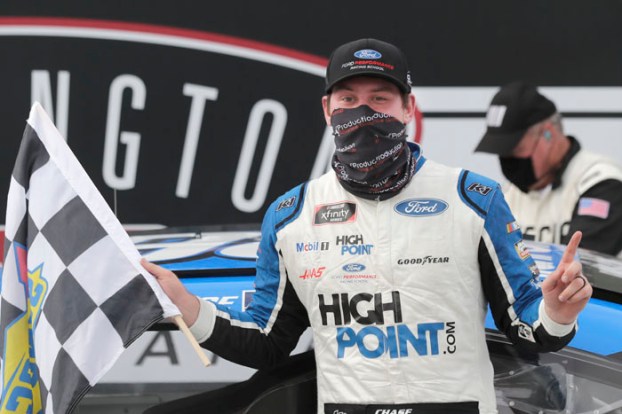 CHARLOTTE — Chase Briscoe earned job security for the first time in his career with a well-deserved promotion to the Cup Series to cap a season that has so far been storybook.

Briscoe on Tuesday was named the replacement for Clint Bowyer in the No. 14 Ford at Stewart-Haas Racing, the team co-owned by Briscoe’s childhood hero. Briscoe idolized fellow Indiana native Tony Stewart and dreamed of one day driving Stewart’s car.

“People would ask me ‘What’s the goal?’ and I’d say ‘Man, the dream is to drive the 14,’ ” Briscoe said in an interview with The Associated Press. “Never in a million years did I think that was possible. Getting to drive Tony’s car, and how much of a diehard Tony fan I was, it’s just crazy that I’m getting to drive that car.”

The 25-year-old native of Mitchell, Indiana, is a third generation racer who watched his father compete against Stewart on Midwest dirt tracks. Now he’s a nine race winner in the Xfinity Series, the championship points leader and just the third driver of the No. 14 at SHR since it was created for Stewart in 2009. Stewart hand-picked Bowyer to replace him in 2017, and when Bowyer accepted a television deal for next season, it freed the seat SHR desperately needed to avoid losing Briscoe.

“Chase has worked incredibly hard to make his mark in NASCAR and has earned this promotion,” Stewart said.

Briscoe said he froze with stage fright during his childhood encounters with Stewart, and was such passionate a fan that he argued every Sunday with his Jeff Gordon-loving grandmother during NASCAR races. He emulated his favorite driver while playing video games, donning Stewart gear and copying Stewart’s celebratory mannerisms.

Much like Stewart, Briscoe is considered a blue-collar racer who lacks the family wealth needed to clear the path for an aspiring young driver.

Even after he’d locked in on a driver development deal with Ford, his job security depended almost exclusively on funding. A strong three-race close to the 2019 Xfinity season, his first year with SHR, convinced Stewart that Briscoe had strong potential.

Technology solutions company Highpoint will move with Briscoe to the Cup Series as an anchor sponsor next year.

“Chase has to be one of the most humble and grateful guys in the sport and he has worked incredibly hard for this opportunity,” Highpoint  CEO Mike Mendiburu said.

Murray has happy homecoming as Cards cruise past Cowboys 38-10