Saunders siblings showed up in SI’s Faces in the Crowd 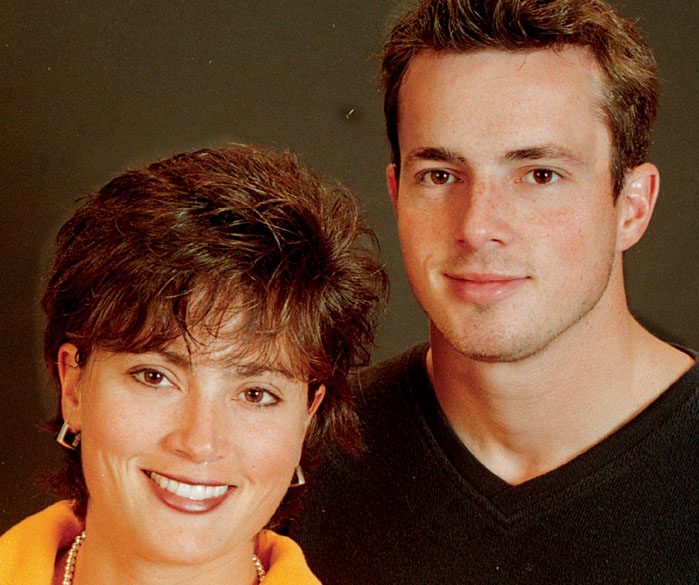 The first issue of Sports Illustrated, Aug. 16, 1954, included a section of brief salutes to athletes called “Pat on the Back.”

There’s no specific criteria to be honored as a “Face in the Crowd.” It’s just assumed that you have to do something that is deemed unique, unusual or at least amazing by Sports Illustrated.

It’s tough to get to be a “Face” when the entire world is the competition, and with more than 200 sports represented, including beer-barrel throwing, rope-skipping, baton twirling and lifeguarding.

But Tony Dungy made it as a 14-year-old junior high athlete in Michigan. Rollie Finger made it as an American Legion pitcher in California. Herschel Walker made it as a young Georgia track phenom and Arthur Ashe made it as a 17-year-old high school student in St. Louis. Bobby Fisher, 13-year-old New York chess whiz, made it. So did 17-year-old Kris Kristofferson for excellence at assorted sports, including rugby and boxing.

But how about locals from Rowan County making it into “Faces in the Crowd?”

You’d think that one of those West Rowan phenoms — McDonald’s All-American Scooter Sherrill or record-shattering K.P. Parks — might have gotten the nod.

Nor did it happen for a host of American Legion and high school stars who posted records and numbers worthy of consideration.

But two Salisbury High tennis players,  a brother-sister team, did become immortalized as “Faces in the Crowd.

Catawba has had at least two athletes recognized by S.I. — both in 1966.

• Dwight Durante, a 5-foot-8 freshman guard at Catawba College, Salisbury, N.C., tallied 58 points against Western Carolina to set a new single-game scoring record in the Carolinas Conference. Durante is the league’s leading scorer with a 30.1 average.

• John Scott, senior quarterback for Catawba College, Salisbury, N.C., and the most valuable back in the Carolinas Conference last season, broke the conference pass-completion mark by hitting on 34 of 56 attempts for 338 yards in a 24-7 win over Western Carolina.

In 2007, Rockwell native Matt Slingerland, was recognized while he was a Gray Stone student.

Timber Sports
Matt, a junior at Gray Stone Day School, won his second-straight junior national lumberjack championship for 10- to 18-year-olds. He won all three events: the ax throw, two-person crosscut (with his twin, Eric) and underhand chop (in an under-18 national record 15.34 seconds).

Some other notable “Faces in the Crowd.”

• In 1961, Pfeiffer tennis player Penny Straw made it. The young lady’s claim to fame was playing for the boys tennis team and winning a match against Belmont Abbey.

• In 1974, Lexington tennis star Camey Timberlake was noted for receiving the first women’s athletic scholarship in the history of the University of North Carolina at Chapel Hill.

• In 1994, Eddie Lau,  a senior guard at First Assembly Christian School in Concord, scored 70 points in a 108-37 defeat of the Morgan School, of Lenoir, to break the state boys’ single-game scoring record of 67, set in 1950 by Bob Poole of Clayton High.

• In 1999. East Davidson’s slugging shortstop Neil Thompson made it for homering in nine straight games to tie a national high school record while leading the Golden Eagles to the state 2A title.

That one was a little painful, as North Rowan beat East Davidson three times that season.

• In 2001, North Davie Middle wrestling coach Ron Kirk was recognized. He guided the Wildcats to an undefeated season, their 12th regular-season Mid-South Middle School Conference title and their 11th league tournament crown. Kirk had a record of 265-35 after 21 seasons at North Davie.
• In 2008, Lexington resident Carlton Morris was recognized for being the first Special Olympics athlete to be inducted into the North Carolina Gymnastics Hall of Fame.
• In 2014,  Megan Shortt, a senior lacrosse player at East Forsyth High, scored seven times, including twice in overtime, clinching a 12-11 win over Northwest Guilford High in the Conference 6 title game and setting a national record for goals, with 447. (She finished her career with 459.) She played at Catawba College and scored 78 goals in two seasons before transferring to Tusculum.

• In 2016, A.L. Brown basketball was on the wrong end of a “Faces in the Crowd” performance. Hough forward Ben Topp made all 19 of his shots from the floor and sank his only free throw to lead the Huskies to a 68-51 win over the Wonders. His 39 points broke the school record and he broke the state mark for field goal accuracy. The previous record was 18 for 18.

Looking back, there’s fascinating information in “Faces in the Crowd.” Irwin Holmes of Durham, senior at North Carolina State College, became the first Black athlete ever elected captain of a varsity sport in the Atlantic Coast Conference when teammates voted him co-captain of their tennis team. That was in April 1960. He also would become the first Black student to graduate from N.C. State.

There’s been a  serious”Faces in the Crowd” drought for Rowan County, but maybe this is the crazy school year when something wild happens.