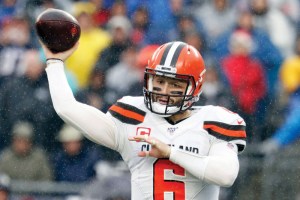 AP Photo/Winslow Townson
Baker Mayfield and the Browns had another rough experience in Pittsburgh.