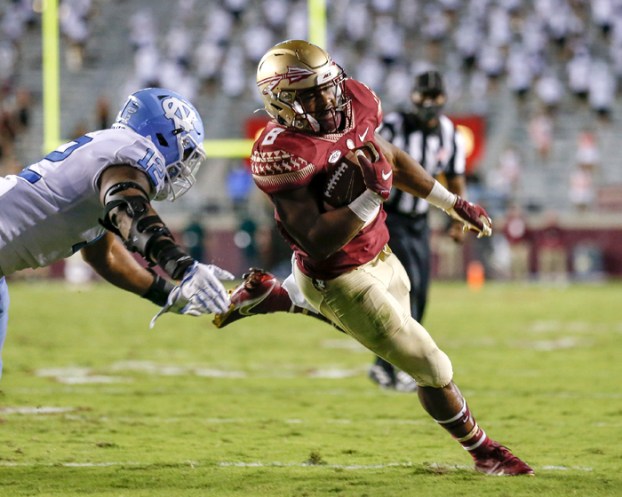 Travis guided an offensive that generated 434 yards for Florida State (2-3, 1-3 Atlantic Coast Conference), but was shut out in the second half.

North Carolina quarterback Sam Howell led three second-half touchdown drives to pull to 31-28, but the Tar Heels (3-1, 3-1) had drops on third and fourth down in the final seconds to end the comeback bid.

The Seminoles gave coach Mike Norvell a signature victory in his first season in Tallahassee following a shaky start that included a blowout loss at Miami.

Travis, a redshirt sophomore, completed 8 of 19 passes for 191 yards and ran 16 times for 107 yards as the Seminoles jumped out to a 31-7 halftime lead, the most dominating performance for the program in recent memory. What followed was a nail-biting second half as the Tar Heels mounted a comeback attempt.

Howell completed 20 of 36 yards for 374 yards against the Seminoles, whom he was committed to for about six months in 2018 before signing with North Carolina just weeks after Mack Brown was hired.

North Carolina will likely tumble, possibly out of the Top 10, when the rankings come out.

The Tar Heels looked impressive in putting up 56 points in victory last week against Virginia Tech. North Carolina controlled the time of possession and racked up yards at various points but struggled to put points on the board until the third quarter.

The Seminoles scored the most points against an FBS team this season and defeated a ranked team after losing six straight games — including double-digit losses at Miami and Notre Dame this season.

Seager powers Dodgers to victory over Braves; Game 7 is tonight