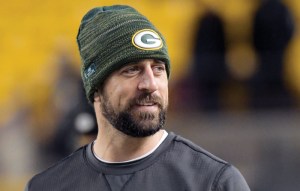 Aaron Rodgers will lead the Packers against Tom Brady and the Bucs on Sunday. (AP Photo/Don Wright)