Fun fruit for the garden: 4-H plant sale coming up 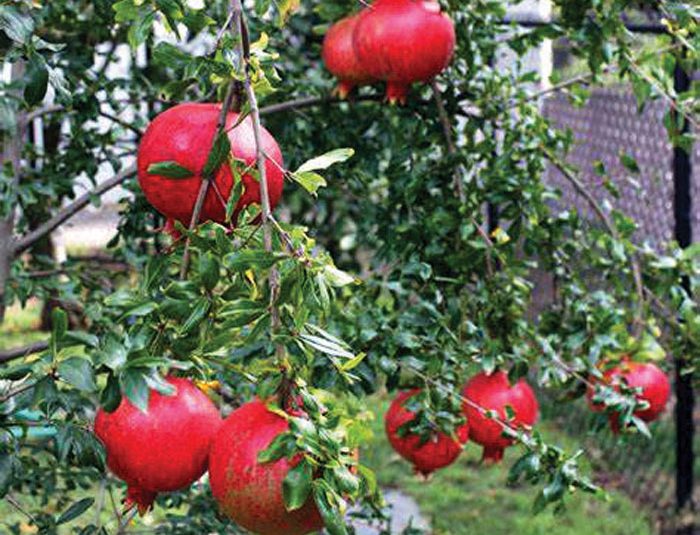 It’s time for our annual 4-H plant sale again. This year, we have added a few novelty fruits to the mix for you to try. First up, we have the pomegranate.  We have a dwarf pomegranate and a parfianka dwarf pomegranate. The pomegranate tree is native from Iran to the Himalayas in northern India and has been cultivated since ancient times throughout the Mediterranean region of Asia, Africa and Europe. The fruit was used in many ways as it is today and was featured in Egyptian mythology and art, praised in the Old Testament of the Bible and in the Babylonian Talmud, and it was carried by desert caravans for the sake of its thirst-quenching juice. It traveled to central and southern India from Iran about the first century A.D. and was reported growing in Indonesia in 1416. It has been widely cultivated throughout India and drier parts of southeast Asia, Malaya, the East Indies and tropical Africa. The most important growing regions are Egypt, China, Afghanistan, Pakistan, Bangladesh, Iran, Iraq, India, Burma and Saudi Arabia. There are some commercial orchards in Israel on the coastal plain and in the Jordan Valley.

It is rather commonly planted and has become naturalized in Bermuda where it was first recorded in 1621, but only occasionally seen in the Bahamas, West Indies and warm areas of South and Central America. Many people grow it at cool altitudes in the interior of Honduras. In Mexico, it is frequently planted, and it is sometimes found in gardens in Hawaii. The tree was introduced in California by Spanish settlers in 1769. It is grown for its fruit mostly in the dry zones of that state and Arizona. In California, commercial pomegranate cultivation is concentrated in Tulare, Fresno and Kern counties, with small plantings in Imperial and Riverside counties.

Pomegranate trees are long-lived, drought-tolerant, deciduous plants with glossy, bronze-tinted, bright green leaves. A showy, long-lasting spring and summertime display of hummingbird-attracting orange-red tubular flowers is followed by an abundant fall harvest of remarkable fruit — round, brightly colored, and filled with shiny red (or sometimes pink or even clear) arils containing sweet, tangy, extraordinarily nutritious juice and a small, nutrient-packed seed in the middle. Just one cup of the delicious juice covers more than 40% of your daily vitamin C needs and is full of antioxidants, B vitamins, vitamin K, and a variety of minerals including calcium, iron, and potassium.

Pomegranates do best with regular, deep irrigation until established; after that, they are drought tolerant. However, they will produce bigger harvests and better fruit if kept on a consistent (lighter) irrigation schedule during dryer months even when mature. Overwatering or uneven watering can result in cracked fruit, decreased production, and other problems, so consistency is key. Most pomegranate varieties require between 100 to 250 chill hours, which are the hours between the temperatures of 34-45 degrees in the fall.

Amy-Lynn Albertson is director of the Rowan County Cooperative Extension.