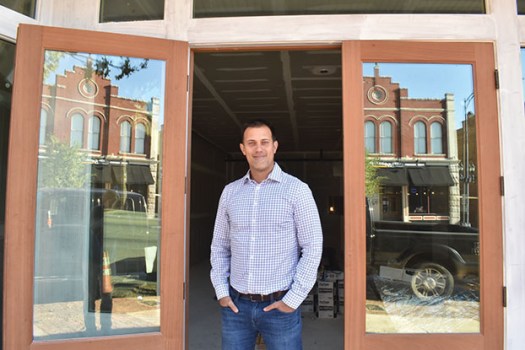 Josh Barnhardt has managed the complex renovation project to prepare the building for Barnhardt Jewelers, the company run by his mother Debbie that is relocating to downtown Salisbury from Spencer. Ben Stansell/Salisbury Post 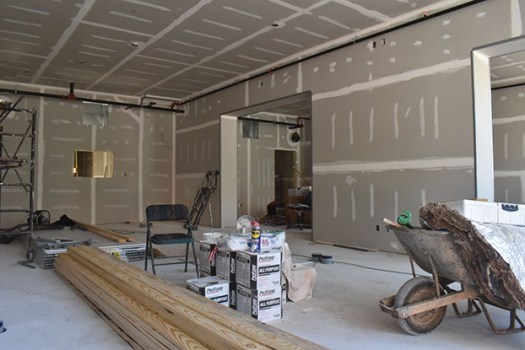 This area will soon be filled by glass display cases showing off Barnhardt Jewelers' selection of rings, necklaces and more. Ben Stansell/Salisbury Post 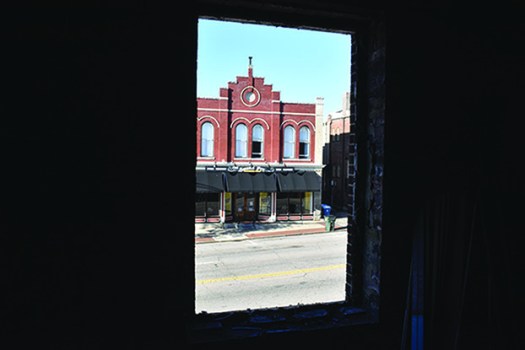 The upstairs apartments will have windows overlooking the restaurants and shops on East Innes Street. Ben Stansell/Salisbury Post 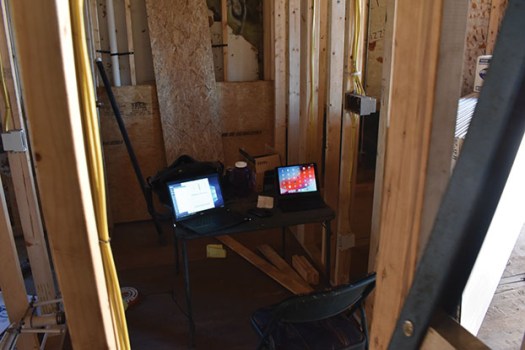 Josh Barnhardt has established a makeshift office in the upstairs of the building so that he can oversee construction while working his normal job for a bank in Charlotte. Ben Stansell/Salisbury Post 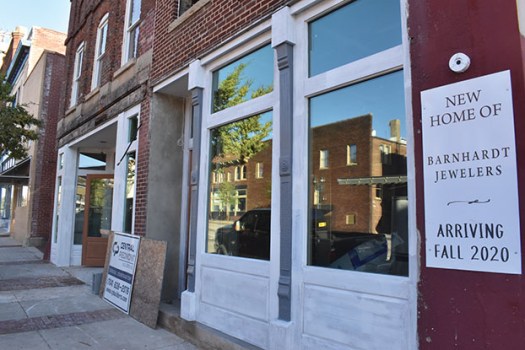 The facade of the building was renovated, but some of the original aspects have been preserved. Ben Stansell/Salisbury Post

SALISBURY — When Josh Barnhardt took on the project of overseeing the renovation of the building at 112-114 E. Innes St., he inherited a structure with 140-year-old problems.

“We had tons of rot, termite damage. We had to put in new beams the entire length of the upstairs floor,” Barnhardt said. “The whole floor upstairs was sagging down six inches.”

Those are just a few of the issues Barnhardt has faced while rehabilitating and renovating the building over the past six months while preparing it to house his family’s jewelry company, Barnhardt Jewelers. The jewelry store will soon relocate to downtown Salisbury from its current home at 314 Salisbury Ave. in Spencer. The upstairs of the building at 112-114 E. Innes St. is being transformed into the Lofts On Innes, two new apartments overlooking downtown.

Managing the project has felt like a full-time job, but for Barnhardt, it’s only a side project.

Barnhardt’s day job is working for a bank in Charlotte, but during the renovation, he’s established a satellite office in what will soon become the bathroom for a two-bedroom apartment above the jewelry store. For at least two days a week, Barnhardt takes up residence in his makeshift Salisbury office, working from two laptops propped up on an old card table as the construction crew hammers, drills and saws below and around him.

“The good thing is that we’ve all been remote, so it’s been a good time because I’ve been able to work upstairs,” Barnhardt said. “I can come and work here and take calls here, but I can still be around it.”

Barnhardt agreed to manage the renovation project for his mother, Debbie Barnhardt, who specializes in crafting and selling the jewelry that the store is known for. Although Barnhardt had completed construction projects on several homes and a beach house, none of that prepared him for gutting a historic structure built in the 19th century.

“The construction side I kind of know, but not to this level. I’ve never had to hire somebody for a project before,” Barnhardt said. “At least having a background in it has helped.”

Central Piedmont Builders is the primary contractor for the project.

While working to restore the building, Barnhardt has learned more about its history, tapping into the passion for architectural history that he cultivated while living in Charleston.

Barnhardt said that most of the Innes Street building was constructed in 1885 and was a home for a saloon and billiards hall. Eventually, W. A. Brown took residence in the building, where he tinkered with refrigerator technology while operating a meat market. Brown eventually started a refrigerator company that has since become Imperial-Brown. The building’s upstairs likely contained temporary housing that may have been used by tenants during the Great Depression, Barnhardt said.

In January, the Barnhardts bought the historic property from Kathy Dietz, the longtime owner of K-Dee’s jewelry store.

Barnhardt said Dietz wanted to pass the torch to a fellow jeweler. The Barnhardts agreed to purchase the property after receiving a $106,744 downtown incentive grant from the city of Salisbury. That grant, Barnhardt said, has been “critical” to their ability to rehabilitate the building.

At first, the plan only called for the jewelry store on the first floor, but Barnhardt saw an opportunity for more upstairs.

“We realized really fast that these old buildings are really expensive and really tough because as soon as you start to touch one thing, you might as well do another,” Barnhardt said. “What made it possible as we were looking at it and the cost had skyrocketed, how we were going to do it? We started seeing that people are paying for apartments to live in downtown.”

The Barnhardts are also relying on historic tax credits to fund the renovation, which puts specific constraints on how they can build. Barnhardt said that they’ve tried to preserve as much of the building as possible by reusing the original tin roofing and repurposing wood from the floorboards, among other measures.

COVID-19 has created even more constraints for Barnhardt to work through. Before the project even began, concerns about the virus delayed demolition for several weeks.

“We didn’t foresee a global pandemic. March and April were really tough,” Barnhardt said. “I’d say we lost probably six weeks due to that just because everything was going nuts. We were hoping to start construction in March, but we started at the end of April.”

Once work started, Barnhardt and Central Piedmont Builders had to constantly adjust their plans to adapt to restrictions on building materials.

“We couldn’t get some of the doors we wanted, so we lowered the doorways a few feet,” Barnhardt said. “Tile that I wanted was 12 weeks out, so I found tile that was four weeks out instead and ordered that.”

Despite those challenges, Barnhardt said that the jewelry store will open at the beginning of November and the apartments will be ready by December, only a few months behind schedule. He recently launched a website to market the Lofts On Innes and is seeking tenants for both units.