Ada Fisher: Give us all oxygen we need to breathe

It is absolutely galling how quickly people forget those who have stood in opposition to Black lives progressing but now want all to be forgiven in search of a promise to do better not based in the reality of their existence.

We have heard it all before. Though civil rights movements brought some cosmetic changes to our lives, its greatest beneficiary has been white women.

Former Vice President Joe Biden stood in opposition to integration efforts both in his words and deeds as well as his associations. Kamala Harris, his choice of a vice presidential candidate and partner, stood in one of their earlier Democratic debates and excoriated him for his stance on busing and opposition to integrating schools, joining segregationist in their opposition. The Biden-Harris law-and-order record relating to Black men is horrendous. Biden’s friend and colleague, John Stennis, on June 18, 1964 in a desperate bid to block passage of the Civil Rights Act, rose on the floor of the United States Senate. There’s also been praise by Biden and Barack Obama during the latter’s president administration. At various times, both spoke glowingly of Sen. Robert Byrd, who had been a leader in a racist Klu Klux Klan group.

Come on people. If you are going to call out President Donald J. Trump for his blatant insensitivity and braggadocios manner, tell the truth about the Democratic opponents who have not called out the racist within their ranks but have joined them in holding people back. 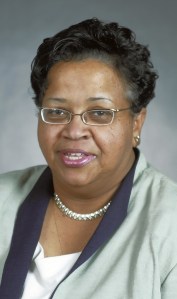 For his part, the president should refrain from calling people out of their name or insulting Native Americans in calling Sen. Elizabeth Warren Pocahontas. Though Trump has said that racism is evil, insisting that he call out white supremacy from those who support him should call into question those anti-white Black Lives Matter supporters who undermine the efforts of Blacks.

Equally appalling is the sexism being openly displayed by candidates who have made it to the final match. From those who are a bit too “touchy feely” to those engaged in outright affairs while married to another. Vows of faithfulness seem to fleetingly evaporate and rank insincere. So how then are we to expect them to be honorable towards the nation? Their supporters stand too eagerly in the breech, defending or ignoring their compromising behavior without asking what it says if it were their daughter or son so involved.

When women are depicted as those sleeping their way to the top or called whores, heifers or some other demeaning words, it’s a signal of what is thought of all females who don’t comply with some male’s sexual norms. The equivalent for a promiscuous male who has done likewise is that he is often seen as a “playa” or romantic lothario — not the womanizer he truly is. This degradation of our sex is also too often from other women, who may see women of achievement as competitors or from positions of envy.

One of the seemingly funny game shows is Family Feud, which consistently degrades women and subjugates men to concepts of maleness as determined by sexual prowess and “package” endowments. Its current host, Steve Harvey, is prolific in his character assassinations of the current presidential administration while acting like Biden’s stuff is clean.

Platinum is one of the most valuable precious metals. Its problem is that in humans it can potentiate toxicity from other elements within. What is devised for one segment of the population must be equally fair to the others. Don’t play us against each other. Just give us all oxygen so we can breathe.

Go vote! While doing this, remember past promises made have often not been kept. The only savior is you. So get in the game.

Ada M. Fisher is a Salisbury resident, former medical director for a Fortune 500 company, licensed teacher, retired physician and county school board member. She was the N.C. Republican national committeewoman from 2008 to 2020.

While on vacation in Wilmington during my daughter’s fall break this past weekend, I had an amazing and memorable encounter... read more