Two injured, one flown out after car crashes into telephone pole 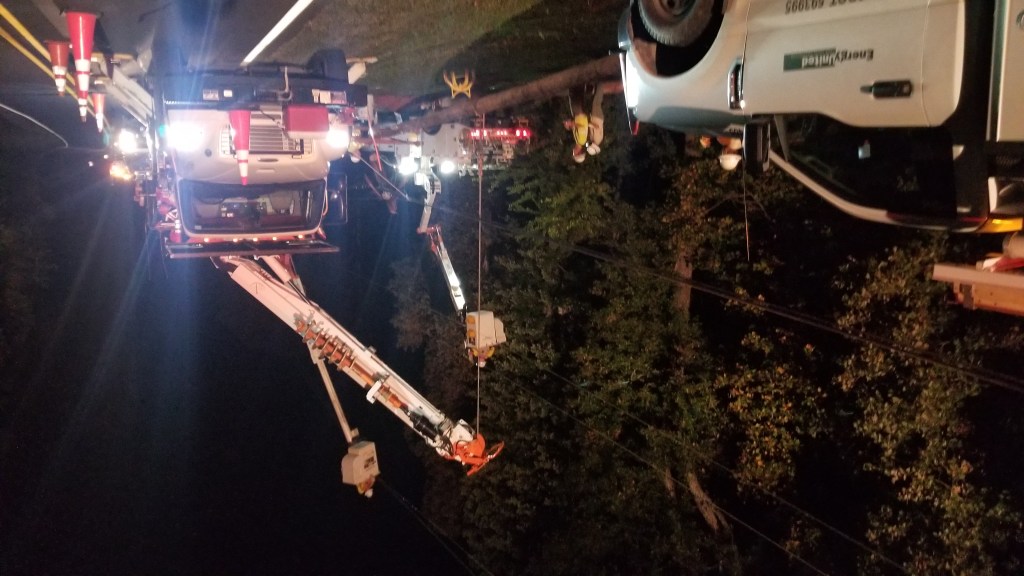 Carl Blankenship/Salisbury Post - Power workers repairing the lines and replacing the pole after the collision.

WOODLEAF — A vehicle occupied by two people crashed into a telephone pole on Potneck Road at about 5:30 p.m. Wednesday, resulting in minor injuries to one and the other occupant being flown to Rowan Medical Center due to more serious injuries.

Woodleaf Fire Chief Bubba Gregory said the pole the driver struck broke and brought down power lines. Despite the live lines down, no one was injured by them and there was no fire.

Gregory said both occupants got out of the vehicle on their own. When first responders arrived, they provided basic care and arranged for a medical helicopter.

Utility crews were on scene to repair the lines and firefighters were directing traffic around the work after the incident.