Sports obituary: Agnew starred for Price in football and basketball 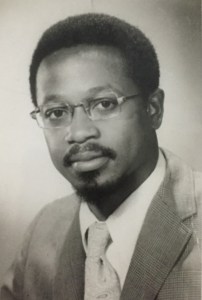 Price head coach Fred Ponder and Dunbar head coach James Pemberton had agreed to designate the rivalry contest between the neighbors as an annual “Classic” with a handsome trophy being awarded to the winning school. That trophy would be provided by the local association of Black barber shops.

The Red Devils and Tigers met on Nov. 8 at Boyden High — two weeks before the assassination of President John F. Kennedy — and they played in front of a crowd that was described as close to capacity.

J.C. Price had a solid team that year and won that game with relative ease, 34-14. The Red Devils took charge early behind the efforts of senior quarterback/halfback Rufus Agnew. He broke a 20-yard scoring run and then threw a touchdown pass to William Boger, who would go on to quite a bit of athletic fame at Livingstone College.

Agnew, whose obituary appeared in the Post on Sunday, followed right behind his brother, William, as a star athlete at Price.

Still, it was in basketball that Agnew, who was inducted into the J.C. Price Hall of Fame in 2017, had outings that jump off the pages of the record books.

Research leaves no doubt that in the 1962-63 and 1963-64 seasons, he was Rowan County’s leading scorer, although the Post’s sports pages in those days listed only scoring averages for the players at the white schools.

As a senior in 1963-64, Agnew turned in several monumental games for the basketball Red Devils.

On Jan. 10, 1964, the Red Devils traveled to Charlotte to take on York Road High, the the school that would be renamed Robert F. Kennedy High in 1969 as part of Charlotte’s integration plan.

A week later when Charlotte’s Second Ward High came to Salisbury and pounded Price 82-63, Agnew scored 32, more than the rest of his teammates combined.

He scored 27 against a very strong Dunbar team in a 77-73 loss and had 29 against Winston-Salem’s Paisley High.

Agnew also was a scholar. He graduated from Livingstone College in 1968 and received a scholarship to continue his studies at the University of North Carolina.

He earned a masters degree in social work from UNC and continued his education with post-graduate studies at the University of Michigan. Then he went to work for the United Way.

In 1978, when he was 32, he was named as the allocations director for the United Community Chest of Rochester, N.Y.

Agnew was living in Lauder Lakes, Fla., when he passed away recently at 74.