SALISBURY — An inmate with a criminal history that includes assault has been charged with attacking a Rowan County Detention Center officer.

The incident occurred Sunday in pod No. 1 at the jail and involved Deputy A.M. Barrier, who had only been on the job since Oct. 5, according to Maj. John Sifford. Barrier was taken to Novant Health Rowan Medical Center, where he was treated and has since been released. 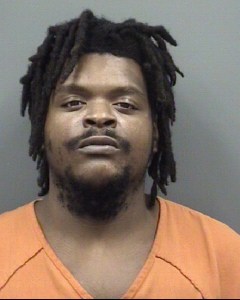 When other officers responded they found Morgan on top of the officer and the officer’s radio was inside a nearby trash can, Sifford said.

Barrier had one tooth knocked out, another nearly knocked out as well as multiple cuts to his face and head, Sifford said. The officer’s right earlobe was split, his left eye swollen shut, both lips busted and he also had concussion symptoms, Sifford said.

According to Barrier, the jail was giving hair cuts to the inmates and Barrier told Morgan to leave the area. Barrier was then punched.

While on his way to being placed in an isolated holding cell, Morgan allegedly bragged about assaulting the detention center officer and yelled racial slurs, Sifford said.

The investigators noted the blood and injuries to Morgan’s knuckles as they placed him in the holding cell. The incident was caught on camera, Sifford said.

Sifford said Morgan was initially in the Rowan County jail under a writ from Cabarrus County. He’d been charged July 6 with aggravated assault of a handicapped person. He has multiple upcoming court dates scheduled in both Rowan and Cabarrus counties.