CLEVELAND — A Rowan County man faces felony charges related to the overdose death of a Cleveland couple four months after they were found dead inside their home.

Marcus Anthony Eudy, 28, of Grampian Road, became a suspect after he allegedly sold narcotics to the couple, Susan Elaine Childers and Marty Franklin Childers, both 53. Warrants for Eudy were obtained for two counts of death by distribution.

The couple were found on June 7 at their home in the 600 block of Childers Road by their son. 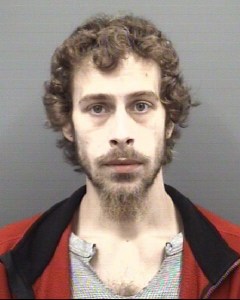 The Rowan County Sheriff’s Office deputies responded to the home to investigate a suspicious double death. Detectives executed a search warrant at the residence and there were no signs of foul play at the scene. Suspected narcotics and narcotic paraphernalia were located and subsequently sent to the N.C. Crime lab, said Maj. John Sifford.

Autopsy reports showed both victims died from acute fentanyl poisoning along with other narcotic and alcohol intoxications. The N.C. State crime lab results confirmed that the items collected at the scene contained fentanyl.

One of the victim’s phones contained text messages in which there was communication with Eudy about the purchase of narcotics. Search warrants were obtained on all the phones and phone numbers associated with the case, according to a statement.

Last week, a search warrant for Eudy’s phone number confirmed he was the individual who had communication with the victims during the drug transaction, Sifford said.

Eudy was arrested on Sunday and placed in the Rowan County Detention Center under a $250,000 secured bond. Sifford said more charges are expected.