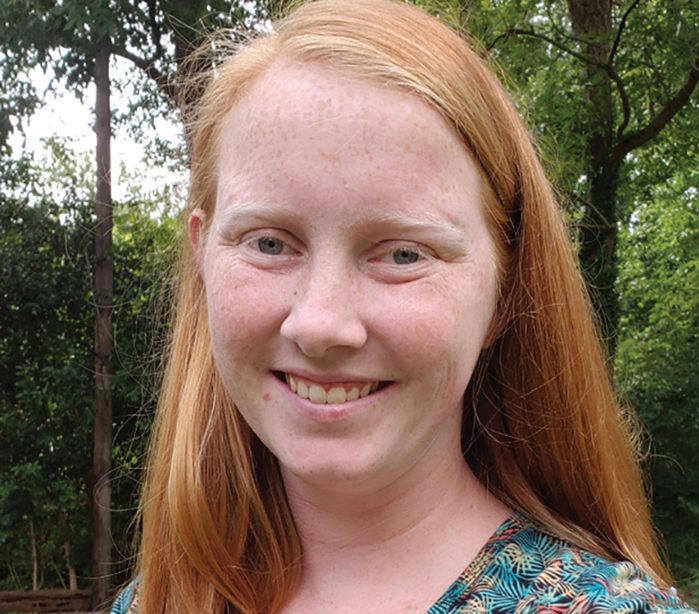 SALISBURY — Heather Resino didn’t need to return to work after taking maternity leave in February, but she had already made up her mind.

And as her husband, John, says, “Once she gets her mind made up on things, it’s like stopping a freight train with a marble.”

Resino worked at The Citadel of Salisbury before she took her leave in February. She was one of the social workers there to take care of elderly residents that can no longer manage to fully take care of themselves.

“I made it very clear to my family that I was going back,” Resino said.

To her, going back to work, particularly in this time, was important.

The nursing home needed someone that was not exhausted to come back to work. Many of her colleagues worked through the a COVID-19 outbreak at the nursing home and were tired. There were also staffing shortages.

“They needed a fresh set of hands that was not exhausted, that was not burnt out, that was not wiped out,” Resino said. “That could start fresh with helping people get back to where they were.”

She wasn’t particularly worried about returning to work. During her maternity leave, her husband continued to work in EMS and had already been exposed to COVID-19. Resino says she felt that, if her family members were going to catch COVID-19, they would have contracted it when her husband was exposed.

Resino also kept contact with her co-workers so she knew what happened at the nursing home. She was prepared to return to work and had plans at home in case something happened to her.

If either of the Resinos caught COVID-19, her parents planned on taking the kids and watch them until she and her husband were well again.

Resino also prepared a plan of action for when she returned home from work at the end of the day. She called her husband when she neared her home. When she arrived at home, she changed clothes in the carport outside her house while her husband moved the children into a different room. She walked from the carport to a shower in the house without running into the kids. After she washed off, she bleached the shower before she could interact with her children.

The Citadel had been the site of an outbreak that became the largest in the state. More recently, a second outbreak has flared up. Because Resino left for maternity leave back in February, she wasn’t at work during the first outbreak, but co-workers kept her up-to-date. So, she had a good idea of what returning to work would be like.

When she first returned, Resino said, she needed to adjust to the changes in the living situations of many residents. While some had been moved during the outbreak, some of the other residents had died during her leave — a change that was not easy for her to accept.

Death isn’t something unusual in a facility like the Citadel, but there was a larger number because of the COVID-19 outbreak. Even the passing of residents that she did not interact with on a regular basis had an effect on her.

Not only did these sudden increases in deaths affect Resino, it also left a lasting impact on the residents themselves. Because residents saw one another as family members, each death was like losing a relative. It was hard, Resino said, to take time to mourn the loss of each resident. Her work needed to be done and, critically, she needed to take care of other residents.

With visitors not being allowed inside the facility, Resino noticed it affected residents. The residents were stressed. And some, Resino said, were more vocal about what they wanted and needed. But that, she said, was a good thing.

“I wanted to be there to support the residents, to be the voice for the families, to make sure that the resident were doing OK, had everything and put the families at ease,” she said. “Your family member is being taken care of. Do you want to see them? That was what I was doing when I first went back. I could schedule however many people I needed to in one day and I wouldn’t even schedule myself a lunch break. To me, lunch wasn’t important, the connection for those residents was more important than what I needed to do.”