This summer, in response to the horrific murder of George Floyd and the ensuing protests, my husband Ted and I put a Black Lives Matter poster in the front window of Pottery 101. I ordered the largest poster I could find for the sole purpose of sending a strong message of love and support to our neighbors of color. If you have driven through the Square, you have no doubt seen it.

We knew it would not be everyone’s cup of tea, but we never expected the negative phone calls, letters and comments we received about the poster. 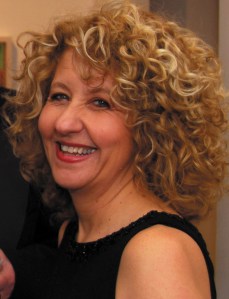 We were told that we are supporting a Marxist and terrorist organization and that we put the poster up after “the silly, ridiculous protest in downtown Salisbury.” We received copies of articles from ultra-conservative websites about Black Lives Matter being a Marxist organization. I even had a visitor to the gallery who came in with the lone purpose of asking me if I was a socialist because of the poster. Not wanting to engage this man, who was staring at me quite menacingly, I told him we would just have to agree to disagree about that sign. On this, he turned and left.

For every negative surrounding the poster, there were multiple positives. Peaceful marches began at our front window, with groups taking their pictures in front of the poster. Squeals of delight and laughter were heard in the gallery from young Black girls posing in front of it for selfies. Without fail, any time someone tried to beat us down for it, there was someone right behind them lifting us up.

The day I received a phone call telling me I was supporting terrorists, Demetrius, the young man who owns the company that provides our window cleaning service, thanked me for supporting Black and brown lives. He also told me that love is contagious. I am not sure he knew just how badly I needed to hear that in that moment.

The poster will be coming down soon to make way for a pottery display. It may even be gone by the time this is printed. But if you peek into my basement studio window, you’ll see another one just like it.

Cheryl Goins lives in downtown Salisbury with her husband, Ted, and owns the store Pottery 101.

My Turn, Susan Cox: Studer is school board member…