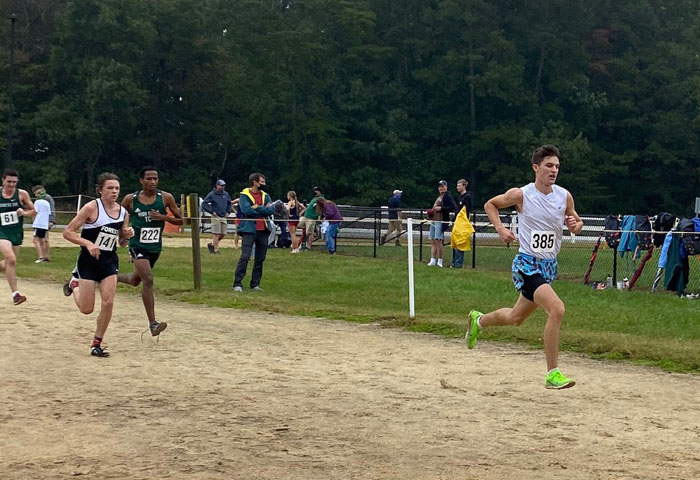 Noah Julian (385) was invited to race in the boys seeded race of the top 50 at Kernersville's Ivey Redmon Park on Saturday. submitted photo

KERNERSVILLE — While high school cross country won’t officially crank up before November, many local runners are getting ready.

Noah Julian, a South Rowan senior and perennial county champ, was invited to compete in a seeded race at Kernersville’s Ivey Redmon Park on Saturday.

Julian ran 17:00 and was 22nd in an elite 38-man field of AAU, private school and public school runners.

Julian ran as a member of the “Rowan Renegades,” a newly formed track club for young Rowan runners that will give them opportunities to stay active in preparation for the high school season.

Eleven male runners ran times that are considered elite on a national level.

Runners competed in waves of no more than 50 due to COVID-19 protocols.

Eli Julian, a South Rowan freshman who is Noah’s younger brother, came in first in a wave of boys and girls with a time of 17:27.

A number of Rowan runners competed in that wave.