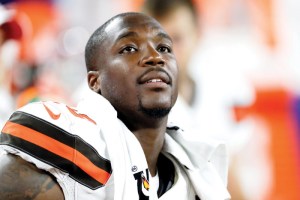 The Raiders have several defensive linemen out with injury and illness.

Smith has been on a roller-coaster ride this season.

He was signed and then cut by the Carolina Panthers and then signed by the Raiders.

The Raiders cut him right before the start of the season, but they resigned him to the practice squad the next day. Now he’s being activated.

Philadelphia’s Javon Hargrave (North Rowan) will be returning to Pittsburgh for a Sunday afternoon scrap with his former team and will be trying to sack former teammate Ben Roethlisberger.

McCoy, who has scored five touchdowns, is “banged up” and was rested.

Salisbury’s Michael Childress is tied for 12th after two rounds of the Giles-Spratley Amateur in Virginia.

Salisbury native Alex Nianouris and his partner are tied for 27th at 7-under after two rounds of the North Carolina Four-Ball  Championship in Greensboro.