Will Gibson named Kannapolis Principal of the Year 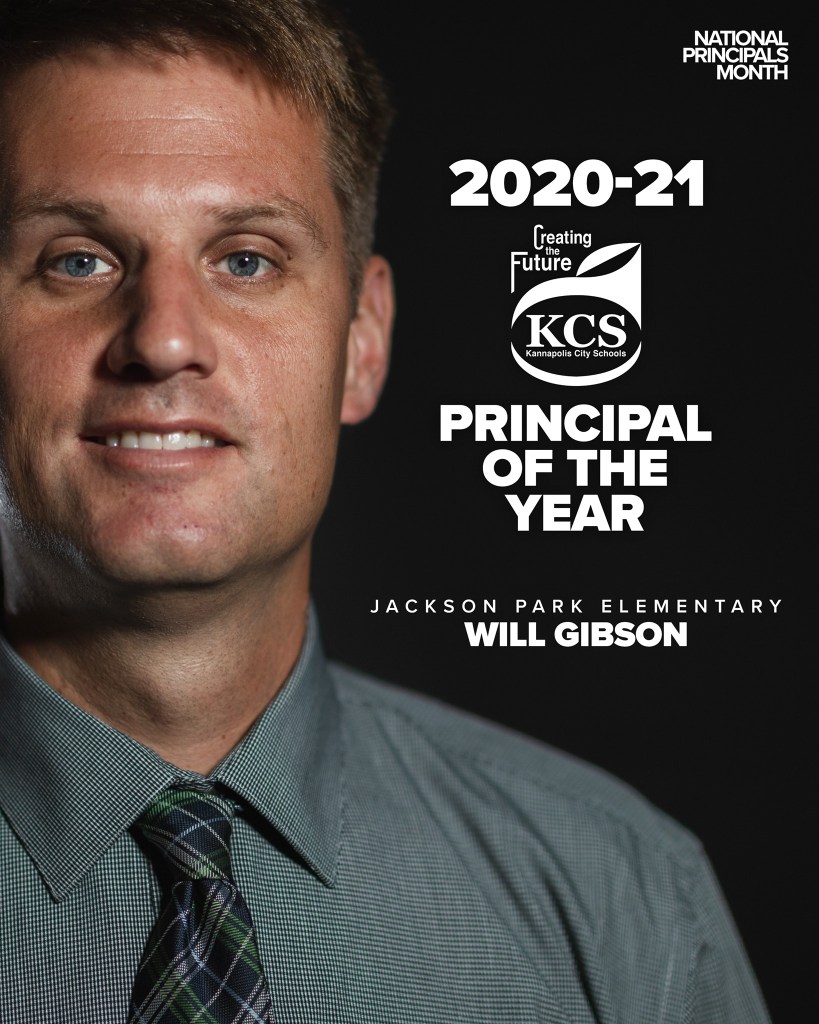 KANNAPOLIS — When Will Gibson was awarded Kannapolis City Schools’ top honor for principals on Thursday, he said he thought it was reflective of the good things happening at two schools.

“I think it’s reflective of both schools,” Gibson said. “It’s an individual award, but it really reflects the success of the school, the staff and the community.”

The award is coordinated by the district’s human resources department and voted on by other administrators.

“I think that’s kind of the highest honor and level of respect,” Gibson said. “Your peers really understand what the nature of the job is and challenges.”

The dual language program will turn Jackson Park into a magnet school, but the program is not in place yet because of the focus on just starting school amid the COVID-19 pandemic.

“Counterintuitively, it’s been a really strong way to start a principalship,” Gibson said. “We’ve initially as a staff had some pretty unique challenges and have really come together to face those and find solutions.”

Gibson said he is proud the school has been so successful with steep challenges, and this recognition shows that.

Gibson was assistant principal at Shady Brook before being promoted. He began teaching in Roanoke, Va., in 1999. He said he was inspired to become an educator because he enjoyed building relationships and working with kids.

He wanted to be a fifth-grade teacher and began teaching kindergarten and fifth grade when he was placed, but found he loved kindergarten.

“I never saw myself becoming a kindergarten teacher,” Gibson said, adding he saw himself as mentoring pre-middle school age students.

He eventually moved to Charlotte and began his administrative career.

The dual language program was announced over the summer when Gibson was named principal. It will begin next school year

Gibson said he will visit other schools that have implemented similar programs and the school is working to recruit native Spanish speakers to teach. Gibson said the goal will be for students to leave elementary school fluent in two languages.

“That’s a pretty outstanding accomplishment for a child,” Gibson said.

Isenberg Elementary, part of Rowan-Salisbury Schools, has a dual language program as well.

KCS Superintendent Chip Buckwell described Gibson as a quiet leader who communicates well and builds culture at his schools.

The award moves around between schools with no repeat winners in about a decade. Buckwell attributed that partly to principal turnover that KCS has seen in recent years.