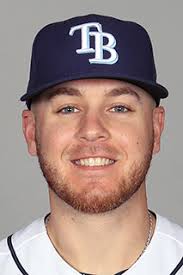 By GREG BEACHAM AP Sports Writer
SAN DIEGO  — When the New York Yankees needed their star-studded lineup to produce runs in an elimination playoff game, they got three hits.
When they really could have used a special play in the field to save a run, Aaron Judge hit his head on the wall.
And when the Yankees needed their superstar closer to shut down the Tampa Bay Rays, Aroldis Chapman gave up a homer to an undrafted infielder, Mike Brosseau, who had never gone yard in a playoff game.
New York’s season came to a crashing end in San Diego on Friday night with a 2-1 loss in Game 5 of the AL Division Series. After failing to reach the World Series for the 11th consecutive year, the Yankees head into an uncertain offseason with the certain knowledge they weren’t even the best team in the AL East this season.
“It’s awful,” manager Aaron Boone said. “The ending is cruel, it really is.”
The team’s biggest faults in Game 5 were on offense. Judge’s fourth-inning homer was the only extra-base hit in Game 5 by a lineup that crushed a major league-record 17 homers in its seven playoff games, only to lose three of the final four games in that stretch.
While Tampa Bay will face the Houston Astros on Sunday in the ALCS, the Yankees will lament the inconsistency that will define this season. The Yanks were among the most impressive teams in the sport when they were good — but frequently embarrassing when they weren’t.
The Yankees averaged 5.7 runs per game during a red-hot 16-6 start, but then the bats went ice cold amid injuries to Judge, Giancarlo Stanton, DJ LeMahieu and others. The team went on a 5-15 slide — allowing the Rays to take hold of the AL East lead — then won 10 straight before closing the season by dropping six of eight games.
Judge hit his third homer of the postseason in the fourth inning of Game 5 to put the Yankees up, but New York managed just two singles and two walks over the final five innings, never getting a runner to third base against Tampa Bay’s impressive bullpen.
LeMahieu, Stanton, Luke Voit, Gio Urshela and Brett Gardner all went hitless in the Yankees’ biggest game of the season.
“In what’s been a year of peaks and valley for us on the field, I feel like we’re playing our best baseball of the year right now,” Boone said. “Against a team that really held us down tonight. We’re going to get there. I know it, and it’s going to make it all the sweeter, but a lot of hurting people in there right now.”
One inning after Judge’s shot, $324 million starter Gerrit Cole gave away the lead by allowing Austin Meadows’ homer over Judge’s head in right. The Yankees slugger couldn’t do something extraordinary to stop it — in fact, he ended up looking silly for a moment.
Judge followed Meadows’ drive to the warning track, but he failed to notice the padded overhang above the video billboard built into the wall. When the 6-foot-7 slugger leaped, he immediately hit his head on the padding and couldn’t stretch out to reach the ball, which landed behind the wall in a spot that might have been out of Judge’s reach anyway.
Judge’s mistake was a product of baseball’s decision to play the postseason on neutral fields, with the league playoff series occurring in the other league’s ballparks. Judge had never played a big league game at Petco Park before this series.
But the Yankees were still in it until Chapman lost his 10-pitch battle with Brosseau. Chapman filled a villain’s role perfectly in the matchup, given the 101-mph fastball that he threw near Brosseau’s head last month during the escalating tensions between these unfriendly rivals.
Brosseau and the Rays got the definitive last laugh, and the Yankees won’t be able to answer until next year.
_